Plenty of Hard Rubbish on the Lower End of Things 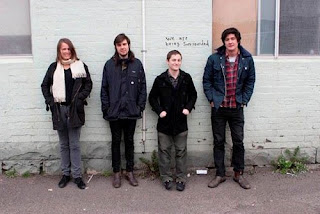 Good morning sleepyheads! So I thought Id give you something Ive been mulling over for the past few weeks. Melbourne quartet Lower Plenty seemed to get some really street cred last year with the release of Hard Rubbish in April last year (through Special Award Records and Easter Bilby). Hell, Mess+Noise gave it their Album of the Year. Named after a Melbourne suburb (really), the band specialise in woozy, mournful lo-fi pop, and their pedigree (Dick Diver, UV Race, Total Control, Deaf Wish, insert other million band names here) ensured that their name was shouted across most boozy dives in the Victorian capital.


Now Hard Rubbish is preparing for an European assault after the US got a taste thanks to Goner Records (and have a split single 7” coming out through Matador). Fire Records, who over the past couple years have been loving the hell out of great Aussie music (Blank Realm, Scott & Charlene’s Wedding, Opposum, HTRK, Greg Boring, insert other thousand band names here), are adding Lower Plenty to the bill, and it seems a no brainer.

I’ve found it difficult to fully embrace Hard Rubbish. Not that I don’t want to. I’ve tried, and still am. The fact that Lower Plenty works as an outlet for the various band members to ease back on the grimy throttle of their other outfits is worthy in and of itself; whilst tracks like ‘White Walls’ emanate with the kind of drawling inert and off-kilter Australiana guitar pop that I usually lap up. But there is a want to shower after listening to these guys, or at the very least take some happy pills. The term “downer country” has been coined, possibly to play on the downer pop that the likes of Craig Dermody and Matt Kennedy revel in – but isn’t most country downer? Certainly the best C&W exists when the narrative comes from the gutter. And Lower Plenty definitely dwell there, and at times it feels TOO relatable, too world-weary.

But there are moments on Hard Rubbish that burrow like a sonic termite into your cerebral vortex, gnawing away at you until you have no recourse but to tumble under the weight (or the lack thereof) of your resistance. ‘Nullabor’ is the kind of Badlands-style romance that anyone can believe in, let alone Australians with an itch for the quixotic unknown; ‘Close Enough’ is heartrending in its wistful acknowledgement that a relationship slipped through the fingers (“I was close enough away to see the fading of the dark”).

Once this happens, you really take on board the lyrics – the mumbled, half-asleep, foggy from slumber and alcohol phone conversations, sinking lower into the moth-eaten couch, sweating in a tongue-and-groove house, lamenting a place and state of mind that you can’t (or won’t) leave. With the vocals interspersed between Sarah Heyward, Al Montfort and Jensen Tjhung, there is enough variations on the tired intonation to offer fresh counterpoints – but only when you let the songs inside. At the end of the day, Hard Rubbish will tear you up, wring you dry, and leave you on the edge of the bed crying. But if ever there was a beatific wonder in being resigned to emotional failure and heartbreak, then Lower Plenty have nailed it.

Sorry everyone, I just got some dust in my eyes… 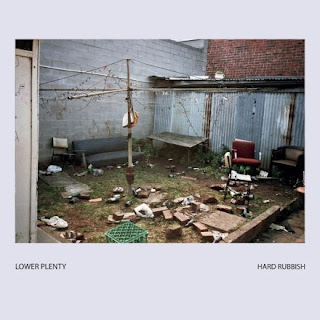 Hard Rubbish is available for pre-order here. You can still get some through Goner here. Expect to hear more about Lower Plenty in 2013.