Don't Call The Curtain On This Team Of Ghosts 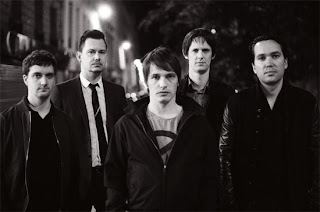 I enjoy a little M83 – 'Midnight City' is pretty rad, and their Before The Dawn Heals Us LP of 2005 was at one point in my life a high-rotation chillout album. But after the screw around that was their closing slot on 2012’s Laneway Festival in Brisbane (which wasn’t entirely their fault, but after a day of rain, ridiculously priced midstrength drinks and reviewing an entire festival ON MY OWN, my patience left the grounds hours earlier) I've cooled right off the French band. So when I saw that Team Ghost’s frontman was Nicholas Fromageau, once one half of M83, I was book/cover dubious.

Lucky I pay attention to well-worn clichés though – I dived straight into the Parisian quintet’s new EP Curtains and haven’t yet resurfaced, preferring to remain submerged in the glassy darkness. Fromageau describes the title track as trying to sound like Thurston Moore jamming with Peter Hook, with electronics filling in the blanks. It makes for a dissonant track and the perfect introduction into the squalling futuristic hell that Team Ghost champion. A good song that tips into serrated greatness halfway through, it’ll leave you salivating. Great stuff. 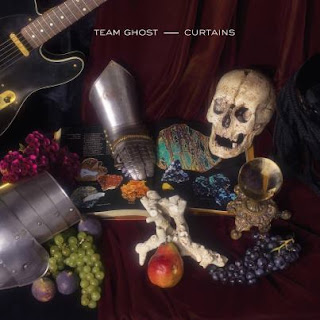 Curtains is out later this month through wSphere, with their debut LP Rituals following suit in March. Can’t wait. Don’t expect them down on Australian shores anytime soon – but they are playing in London – Birthdays to be exact (and a lead-in to my next post…) – in April, you lucky sods.