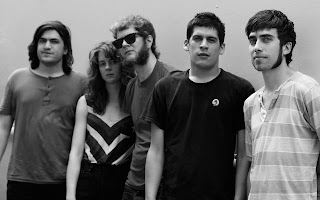 When anything is given the seal of approval by the Svengali of garage rock, Ty Segall, you know you should sit up and pay notice. Mikal Cronin was one, Wymond Miles another. Memphis punks Ex-Cult (formerly Sex Cult) have a killer reputation, and now have their debut record out on the ever excellent Goner Records, and for the most part this is deliciously brutal stuff. Jagged, ragged and ramshackle, spit and vinegar their lifeblood.

The record sounds like a live album – not that “we wanted to go back to what we sound like live” kinda hype, but it sounds like a good recording of a live performance in some shithole in the wall in the backwaters of their hometown. A performance where they are killing it. ‘Knives On Both Sides’, ‘Shade Of Red’, ‘Shot The Beehive’ all have that sneering nihilistic venom that is hard to emulate because you have to inhabit it, whilst there are some vintage punk rock throwbacks like ‘Young Trash’, ‘Better Life Through Chemistry’ and ‘Post Graduate’.

There are a few songs that sound almost carbon copies of each other, yet this swing between grassroots 70s Brit punk and snarling sonic terrorism not only feel genuine, but archived – as if Segall dug Ex-Cult out of a 40 year old time capsule. This is a great record (am I just high, or have there been a high proportion of high-rotation killer albums out the past few months?) Segall can lead me to the jaws of death, and further, and I would trust him every step of the way – especially if these guys were the frontline attack. 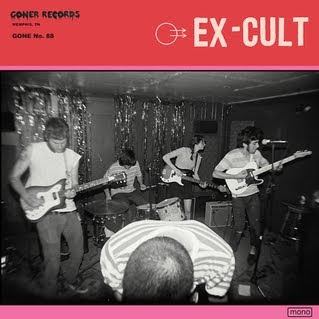 Ex-Cult is available here. It’s a visceral slice of serrated pie – cut your teeth on it now.