Definition Of Meatboy = A Cannon With Lovely Legs 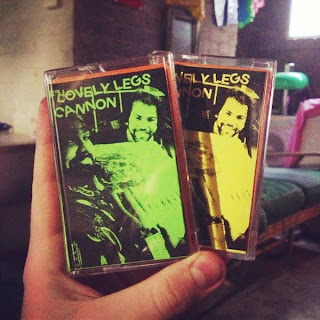 Local Brisbane garage rock miscreant label Long Gone Records is promising some proper dirty releases this year, and to get a true understanding of what that means, we need to go back to their last release Meatboys, a split cassette between Cannon and Lovely Legs. 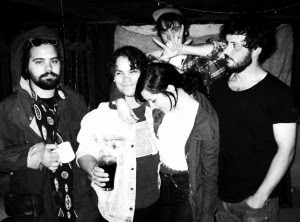 There arne’t many messier bands in Brisbane than Cannon. Their shambolism may infuriate some, but there is something inherently fun and slapstick about this five-piece’s rawer-than-a-dead-kitten take on playing. The recording, like much of their debut self-titled LP, is so low fidelity that it sounds like my old cassettes that I taped off VHS tapes – shit over shit. If you’ve heard it before, its because its verbatim their Blerndaddy EP. I still think that ‘Dogs In Space’ is one of their best songs, whilst ‘Poor Taste’ is the closest they come to being an actual band. Glad it doesn’t fire though – can you imagine? Cannon, a real band? The sky would definitely be falling in.

Cannon – Dogs In Space
Cannon – Get It On 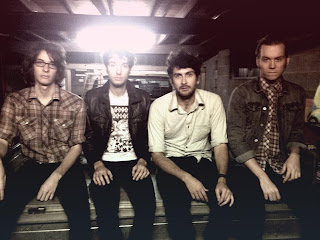 Country punk Lovely Legs don’t exactly up the ante – these four tracks sound like The Growlers listening to The Johnny’s after snorting a bottle of amyl nitrate, hijacking a low frequency community radio station near Blackall, and hitting the record button on their stream-of-consciousness with the mics encased in corrugated iron. Such debauched foot stompers that you can taste the whisky before the bottle is smashed over your head. Hoedowns for skinny clowns, the soundtrack to Bob Katter’s feverish wet nightmares. 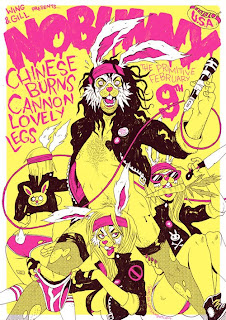 Each tape is bright orange and feature volume drops, cracked cases and bad folding/cutting. The release is truly lo-fi in sound and quality – get it here. You can catch them both, alongside a rare-as-hen’s-teeth support from Chinese Burns, propping the stage up for irascible air-humping garage jackalope Nobunny. That shit is real, and is going down at the Primitive Room this Saturday. That poster (by the ever excellent Sam McKenzie) is just TOO good.

GET THERE.
Posted by Brendan T