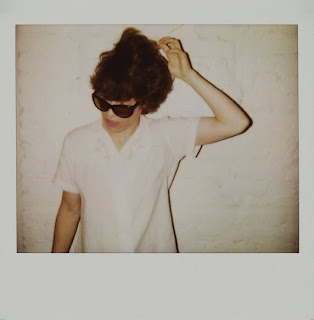 New York's Two Tears is Kerry Davis of the legendary Red Aunts (Epitaph and Sympathy for the Record Industry). Kerry has been thrashing out her wares as Two Tears for a while now, having toured with SM faves Mark Sultan as well as The Donnas and Jon Spencer. This new 7" features 3 of Kerry's raddest garage rockers, recorded in 3 different continents (Europe, North America and Asia (Middle East)). Eat People is spiky, sweet and savage rock and roll. And from the horse's mouth - "After finishing you can't say it's good or bad. Don't like it? It's your own fault."

Two Tears will be spending 6 weeks in Europe touring with Dan Sartain in support of the new release during April and May.