Back In The D With My White Denim 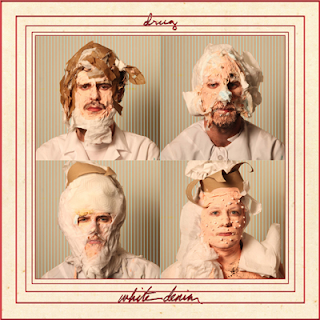 White Denim released a great free album last year, Last Day Of Summer, that had us here at Sonic Masala in a lather. But since then its been relatively quiet...until now.

The forthcoming WD album will be entitled D (out in May), and we also have the first track off it - somewhat appropriately titled 'Drug'. They will be playing SXSW, including being on the mammoth dual Mexican Summer/Gorilla Vs Bear showcase, so it wont be long before they are searing themselves on our collective consciences.