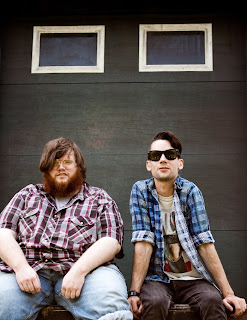 It is a well known fact that the name that a band chooses will make an indelible mark on the success of said band in many respects. Often the name of the band mirrors the sound that they convey. There are exceptions of course - ...And You Will Know Us By The Trail Of Dead are not the bludgeoning speed metal act that might first come to mind - but these exceptions generally prove the rule.

Kingston, Ontario’s quick-rising duo, PS I Love You, also fit this role - and it is why its taken me a while to getting around to listening to their brilliant debut album. Meet Me At The Muster Station (is this a play on Murder City Devils' 'Midnight At The Mutter Museum"? God, I hope so...) is a relentless listen that grips and pulls the listener through just under thirty-minutes of squalling Marshall feedback, searing solos, soaring melodies and rock-steady beats. I was struck by the fertile ground these boys get their sound from - think early Wolf Parade or Clap Your Hands Say Yeah! The vast majority of these ten tracks are mini-rock anthems - the titular track is a luscious take on Big Audio Dynamite covering 'Born In The USA'; 'Breadends' is tightly coiled a la Japandroids with Paul Saulnier's broken wails wringing every drop of emotion out of maelstrom created by the incessant guitar lines and thundering rhythms. These tracks are incredibly good - forceful yet playful, the hooks well and truly in place to pierce your eardrums and pull you crying and screaming up into their beckoning arms. For all the noise and bluster though, PS I Love You - like the aforementioned Japandroids - have their pop sensibilities well in check, best evidenced on tracks like 'CBEZ' or 'Facelove'. But for all my namedropping here, this duo are very much their own beast. I love this album, and the music on second thought does fit the name. You are hit with all the scuzzy fury of a garage grunge duo, but its the heartfelt infectious songcraft here that lingers. This is a very solid release, one that deserve much more lip service than they have currently garnered, I can tell you! 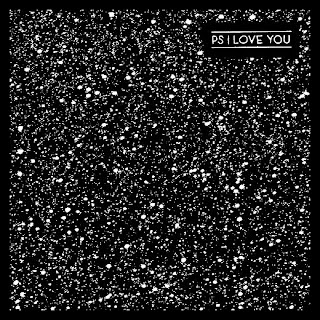 Meet Me At The Muster Station on April 26th, 2011 on Paper Bag Records (although it came out last year in the US, this is still technically a 2011 release). The band are touring the UK in May, hitting the Lexington on the 5th, whilst also playing The Great Escape festival in Brighton. Make sure you catch them - they are a new shining light.

Listen to the bookends of the album below - believe me, this is just a taster...