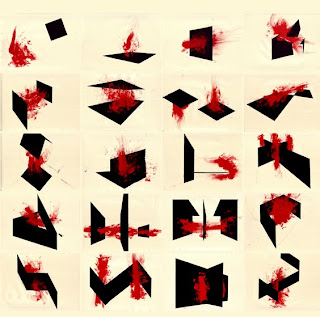 These brooding soundscapes wont necessarily cheer up your day, but Nihiti has crafted something particularly spectacular with Other People's Memories. Unless you are listening to 'The Ringing In (The Sun Is Rung)', which is a bizarre shadow of Arcade Fire pomp and esoterics, yet creeps forward like Nosferatu. The majority of this album accommodates all manner of eerie nuances, airs and graces, coming off like an eloquent yet disturbed coming-of-age psychodrama that not even the possibility of Natalie Portman and Mila Kunis in coitus could redeem - and that is a seal of approval. The crazy elements at play are too numerous to fathom - I am often lost as to whats going on - because its so adept in its sinewy diversity. This album is somethings else altogether - and should be holding everyone in rapture. As the music world will deftly sidestep this, its up to Sonic Masala and its ilk to grab you, shove this into your sweaty palms and send you off, happy in the knowledge that at least one of you will become a voodoo zombie princess writhing at the altar of Nihiti.

Email ThisBlogThis!Share to TwitterShare to FacebookShare to Pinterest
Labels: Nihiti