Cleaning Up The Zoo 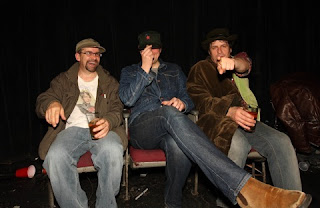 The shit hot conga line of music flowing through Brisbane's perennial rock venue The Zoo continues tonight with New Zealand's premiere purveyors of indie pop The Clean making their first appearance Down Under in almost 20 years. The Flying Nun founding act are supported tonight by the excellent locals Blank Realm (whose album of last year Deja What is pretty bloody special - I will wax lyrical about it in due course) and The Deadnotes & The Legend. Every act on this bill will be exciting to catch, so make sure you get down there! Tickets are still available too, as there's a plethora of acts vying for people's attention in the City tonight, with hipsters Best Coast occupying Woodland, blues maestro Justin Townes Earle at Step Inn, and...ahem...Alan Jackson.

Oh, and The Clean have just come out of the studio, meaning a new album is on its way! Get excited people!
Posted by Brendan T