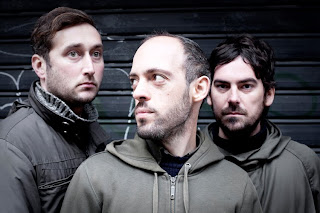 There aren’t many bands out there sound as frenetically intricate and cryptic as Battles, yet French trio Electric Electric come damn close on their latest LP Discipline (out through Africantape). Weaving looped and live guitars, drums and electronics into a heaving, tightly coiled whole, the band have crafted eleven feverish songs of breathtaking complexity. The trio like to see their music as electronica or dance music – even “pop”. Discipline is anything but.

However the album title is incredibly close to the bone – the rigour taken in the repetition, the metronomic swings in these angular sojourns into the darker regions of the unknown proffers precision and dexterity that most bands could only dream of. Like the more vicious step-brother of Errors, Electric Electric are so scintillating they have to repeat their name twice – and with good reason. This kind of instrumental music will infuriate, perplex, hyperventilate, but above all else arouse. If this were the future of guitar music, Id be a willing drone to the cause. 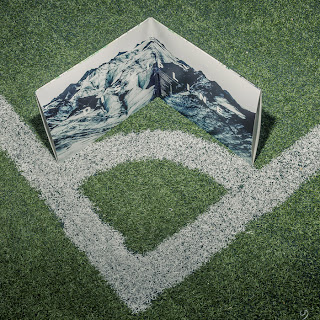 Discipline can be bought here – this is a highly original album that takes what the aforementioned Battles are renowned for and hybridises it with the aesthetics of Holy Fuck, !!!, The Faint and My Disco. A shitstorm ensues. Make sure you get stuck in it.