3 Years Of Spinning Rooms and Waking In Fright 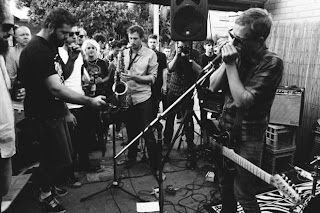 Planet Masala disappeared behind an ash cloud for a couple months there. Its sole inhabitant busy with trekking the darker corridors of Europe, eating, drinking and laughing maniacally, having the time of my life with friends and lovers away from my actual life. Unfortunately it all came to pass - in a painful reminder of reality too, as what was thought to be a bout of indigestion ended up with a week of agony, bile drooling and a removed gall bladder. But we are back! I thought of starting this, the 3rd year anniversary of Sonic Masala, with something special - a look back at favourite articles, interviews, emails, songs, records, barbed retorts, death threats. Even fixing up what my fave albums of 2012 would suffice.

But no. I'm moving on up, and so should you.

Although choosing this as my first slice of life after a couple months off is more about desperately diving into the dirt rather than soaring for the sun. Melbourne's purveyors of small town despair The Spinning Rooms released one of the sweatiest, feverish, paranoid killers at the tail end of last year with their eponymous debut (recorded by The Nation Blue/Harmony's Tom Lyngcoln), and it is pure schizophrenic epiphany. I wrote favourably about it a couple weeks ago for The Music - check out that review here - but all I'll say is that this is the real aural equivalent of an Aussie suburban horror. Slug Guts be damned - these boys understand fear and depravity (and the true sinuous power of the saxophone), whether they want to or not. Shit just got real. 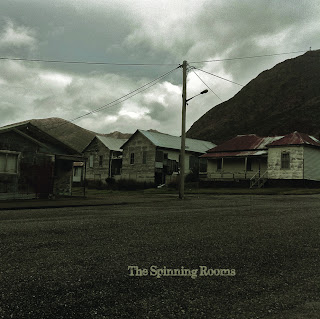 You can - nay, must - get The Spinning Rooms here. I aim to see these punks this year, even if I have to unleash them on Brisbane myself. Stay tuned.

Email ThisBlogThis!Share to TwitterShare to FacebookShare to Pinterest
Labels: Harmony, Slug Guts, The Music.com, The Nation Blue, The Spinning Rooms