Faspeedelay Offer Skittish Atmospherics With Ghost On The Waterfront 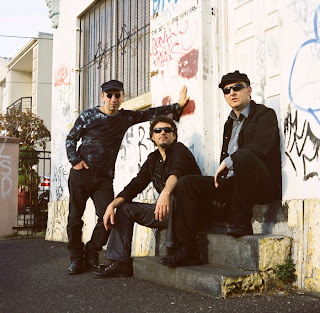 Last year I got to see exciting Melbourne instrumental trio Faspeedelay do a show at the Waiting Room in Brisbane as part of a Ghost Notes vinyl launch (The Scrapes also played – it was a great lineup). Faspeedelay offer up the kind of asymmetrical, rhythmic sonics that are often found wanting in other instrumental rock bands – these guys are more steeped in the experimental noise side of things, preferring references of post-punkers like Wipers and Gang of Four rather than the quiet/loud dynamism of the Mogwais and Monos of the genre.

And now we can revel in the release of their debut LP Ghost On The Waterfront, - seven tracks of wiry, combustible energy and serrated time signatures. I especially like opener 'Goat Dance', the skitter and swirl of 'Don’t Let Me Go' and the understated atmospherics of 'In The Zone'. Faspeedelay insist that the listener invests time in their music – and if you oblige, you will be rewarded with a heady, cerebral mind melt with the mother lode of payoffs. 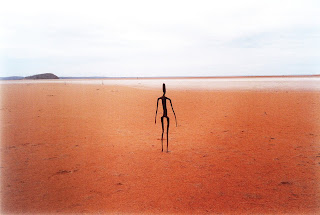 You can glean Ghost On The Waterfront (out through Audio Actions) here.