A Strange Split Adolescence Is Only Natural 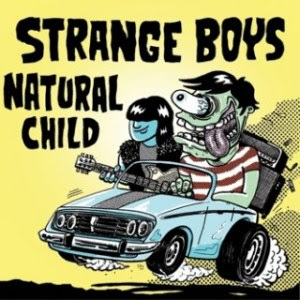 Another amazing Scion Garage A/V release, this time a split between The Strange Boys and Natural Child.
The former offers 'American Radio' - four and a half minutes of just about every genre you can think of spliced by a bored commuter dialling through the stations on a lonely pitch black night. Every section is so good - funny, poignant, spot on - in fact you want all of them to be true songs! Its fantastic. Although the fact that they aren't actual songs will probably infuriate quite a few - but I still found it a good listen.
Then Nashville's own Natural Child comes along with 'The Jungle', a track that is far too short. It’s a boozy campfire sing-a-long that foregoes the jock with the Jack Johnson predilection and instead is played by crackheads around a fire in a metal drum. With Back To The Future references.
You'll be able to get this one on Record Store Day - be a good one to add to this ever excellent series.
American Radio - The Strange Boys
The Jungle - Natural Child
Posted by Brendan T