Sun Crashes Down On Kitchen's Floor 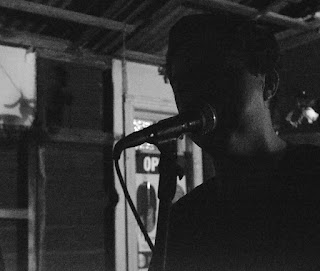 Since 'Resident Dregs' hit the air with brute force earlier this year, I have been waiting eagerly for the release of Kitchen's Floor's new record, brilliantly titled Battle Of Brisbane. And now we have a track off it, 'Sundowner', and it is immediately my favourite Kitchen's Floor cut I have ever heard (although other recent track 'Resident Dregs' is bloody good too). A take on the death-march dirge, the song shows the adherence to a fuller, harsher sound, eschewing the scrappy aesthetics of previous recordings for something much more full-blooded and aggressive. It is no less raw though; the track bristles with spittle-flecked venom, an acknowledgement of how bad things have gotten, howling like a wounded beast. But there is an unabashed roar of despair and disgust to Kennedy's vocals that feels like all of the desperation of the last few years is hurling forth in a molten morass of internal and external frustrations, a mottled war cry against the pricks, real and implicit. If this is the kind of impassioned fury we can come to expect from the album, the Battle of Brisbane promises to be bloody.