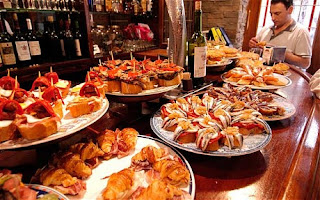 After a month of quiet, Sonic Masala is back. Basking in Barcelona and the Basque Country has me in very high spirits. So we are kicking things back off with a week - yes, a week - of Hits From The Box - because there is a hell of a lot of good stuff overflowing from the emails of recent times. There will also be a lot of Aussie tips of the cap too, and a few SM classics. And as I settle the booze, cigarettes and pintxos detox with some gorgonzola and ham, a glass of Rioja and some criminally cheap Camel Blues (because you can't go cold turkey off the holiday high, can you?), here are six bands that keep the Spanish-sun-bruised smile plastered on my face 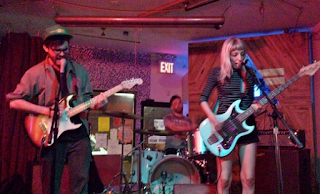 Brooklyn trio Arm Candy blast the cobwebs out with some visceral, lightening pop punk on their debut self-titled LP. 'Waste of Time' is such a great opening blast, a shapeshifting enigma of angular punk, New Pornographers-esque harmonies, and some space to breathe before the whole thing builds to maximum meltdown - Kate Molasses' bassline is relentless here too. Its a great track and a true sum of the band's parts. Elsewhere songs like 'Lounge Lizard' and 'Chemical Waste' (remember Go Sailor???) transports me back to the 90s when DIY was about making zines and flyers and handing them out to eager kids. Which a lot of people still do, but then it was a necessity, a fresh breath of creativity. Arm Candy is out through Tye Die Tapes. 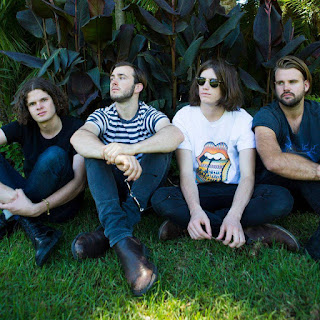 Sydney melopsychs Upskirts have released their third EP Barely Moving and are preparing to tour the East Coast of Australia this month. Barely Moving swirls from contemplative and brooding with 'Where' to a languid rocker in 'Open Yourself To The Sky', while 'Swirling' feels like a blurred facsimile of modern-day mainstream psychedelic pop with 80s prog-pop outliers. Plus the name of track 'Nothing Happens In Roseville' is enough to give them a nod of approval; the fact its a woozy number that explodes out of the ennui with oscillating force is more cause for celebration. 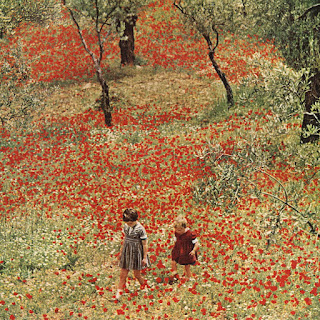 This self-titled gem from NZ artist The Winebox Inquiry originally came out last year, but has been put out on cassette by Melted Ice Cream recently (and is down to 10 copies, so get on it pronto). Its a shimmering beauty of a thing, a mix of Flying Nun guitar pop whimsy and frazzled 60s psychpop malaise, and it's all the work of one William Daymond (Terror Of The Deep). Favourite tracks - opener 'It's Obvious To Me' and the contemplative mischief that is 'I'm A Cliche'. It's great all round. 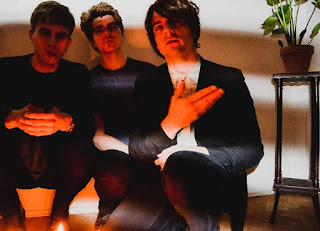 Another day, another Copenhagen thunderer. Less Win have just released the EP Further (with another release apparently around the corner), and it's deconstructed noise that rifles along due to the gunshot drums, the serrated scraping guitar and howling vocals. I've heard comparisons to Metz in the past, but that's a little unfair - there is a more restless verve underneath it all, not as relentless but just as cathartic. There is a bit of Joy Division here - but more in the shaking and shuddering vitriol that lurks in the instrumentation. It's great - can't wait for the album. Melbourne band Figures have roughed up their melancholy shoegaze riffs on Power of Purity, offering a powerful grungy counterpunch to most one-man bands out there. Nic Belor utilises the aggressive wall of distortion that other Melbourne band White Walls uses, and while not reaching the heights of those guys, Figures has a scuzzier take on melody and construction and with more space for silences and dragged-through-the mud riffs. Power of Purity plays with noise and melody, much like many underground guitar bands of the 90s and early 2000s did; worth checking out. 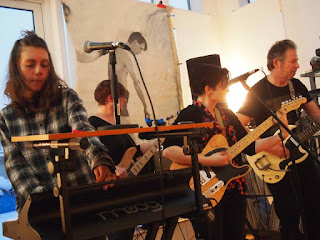 Clairaudience is a psychic skill, allowing people to hear things through extra-sensory ability. It is also a five-piece from Brooklyn, featuring a few Aussies, who have just released Sun Damage (out through Feral Media - grab the ltd ed cassette here). It's 6 tracks of warbling sun-dappled pop eloquence - I'm especially loving the chugging 'April' and 'Sovereign Of The Seas' - reminds me of Yo La Tengo somewhat - while the little organ underpinning 'Step To Step' is heaps of fun. Can't wait to hear more, ESP or no.