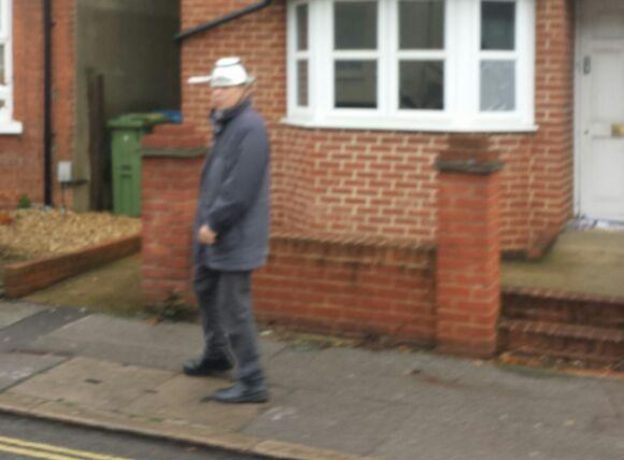 January - let's get straight into it. We announced the creation of Sonic Masala Records and released the first singles, Roku Music's 'Collider' and Tape/Off's 'Pedestal Fan'. There were more good tunes than albums to kick off 2014. in particular from the likes of Marijuana Deathsquads ('Ewok Sadness'), Spectres ('The Sky Of All Things'), Magic Mountain Band ('Into The Wild'), Liars ('Mess On A Mission'), Gravel Samwidge ('Nervepowder'), Girl Band ('Lawman') and The Finks ('Alternate Histories'). Mogwai continued their beguiling evolution with the underrated Rave Tapes; the pop skronk breakdown that was Scraps' Electric Ocean; the broken post-punk of PYPY's Pagan Day; the pastoral psych squall of Woodsman's self-titled album; the plaintive guitar loop meditations of Catman's The Singapore Demos. But above all else came Brisbane's own Blank Realm, whose Grassed Inn continued their skewed take on pop that last album, 2012's Go Easy, merely intimated. An unqualified gem.


In February the LA-via-Beijing duo Alpine Decline came to Australia and played one of the best shows Ill ever see. Fifteen people in the rehearsal space below The Waiting Room - brilliance. I also discovered Melbourne band Worm Crown, who by year's end are slaying that city. Sydney's Ela Stiles preps her transfixing debut solo record with the excellent 'Kumbh Mela'. Tinariwen return with their West African psych in the form of the underrated Emmaar; Texan nether beings Quttinirpaaq deliver a destructive album that no one heard in Let's Hang Out. But the one-two punch of Harmony's Carpetbombing and Angel Olsen's Burn Your Fire For No Witness were the albums of the month.


We released our first record in Roku Music's Collider in March, and the shoegaze acolytes took off on a massive national tour. The album would go on to sell out; a special repressing is in the offing. A number of short form releases impressed, particularly Multiple Man's Guilt Culture 7", Brainbeau's 0.0001 Excuses 7", and Tense Men's Where Dull Care Is Forgotten EP. Sweden's Makeouts deliver a classic slab of garage on Back To Sleep, and The Night Terrors continue their reign of Theremin dread on Spiral Vortex. But its the desiccated destruction of Ruined Fortune's self titled debut and the NRL inspired pop musical of You Beauty's Jersey Flegg that truly inspires.


The inexorable march from the gutter for foaming mouths Sleaford Mods continued unabated in April with the release of their excellent Divide and Exit album. Plenty more brilliant releases this month actually, by the likes of Action Beat & GW Sok (A Remarkable Machine), Full Ugly (Spent The Afternoon), The Steady As She Goes (Dangerous & Dead), The Callas (Am I Vertical?), Bare Grillz (Friends), Warm Widow (Childless) and German Army (Millerite Masai). Some great songs too - the delectable Courtney Barnett cruiser 'Avant Gardener', the insidious synth blast of Total Control's 'Flesh War', the incessant mania of Parquet Courts' 'Sunbathing Animal' and the wasted rock squall of Pontiak's 'Innocence'. The Stickmen and American Football ushered in fantastic reissues too. But for me the month belonged to Nun (Nun), Nothing (Guilty Of Everything) and the left-field nihilism of Black Pines' Harsh Out EP.


May, and SMR002 arrives in the form of Gazar Strips' Sparkling EP, and they head down the East Coast to celebrate. One of my favourite songs of the year came out of Brazil - Ciro Madd's 'You & Me' is a stone cold classic. I really dug Tony Molina (his Dissed and Dismissed saw a deserved repressing come about), The Skull Defekts (Dances In The Dreams Of The Known Unknown) and Faux Fur's self-titled release reminded me why I love the defunct Canadian band Women so much. Another Canadian band, WTCHS, blasted my mind apart with their It's Not A Cross, It's A Curse! EP. But the month belonged to Cleveland one-man garage executioner Obnox (Louder Space), Detroit post-punk snarling esoterics Protomartyr (Under Colour of Official Right) and, weirdly, Norway's lounge lizard Todd Terje (It's Album Time).


Come June and we have released Tape/Off's Chipper LP and hosted our first Sonic Masala Festival which was an unequivocal success (with blistering sets from Scul Hazzards and Turnpike in particular). A big letdown was PAWS' new album (although I played the hell out of closer 'War Cry'). But some ace releases spun the rounds, including the stupidly addictive Half Man Half Cop from Hobocop, the intricate wizadry of Swiss band Disco Doom's Numerals, and the excellent song 'Water Or Concrete' by Sydney producer Setec. Albums of the month? Total Control - Typical System; The Austerity Program - Beyond Calculation;  and Lawrence English - Wilderness Of Mirrors.


Lots of short form delights in July - Contrepoison bring out goth synth romance in his I Keep On Searching EP;  Brisbane slackers Dag finally throw some tracks on tape with the Dogwood EP; and Melbourne miscreants Mutton bring out an EP (recorded by Scul Hazzards' own Steven Smith). Bird Blobs reissue their seminal self-titled album, which automatically becomes a favourite of the year; tracks from the likes of lesser-known acts Soccer Mom ('It's Probably Not Your Fault'), Brief Candles ('Terry Nation') and Liam Kenny as A Kenny For Your Thoughts ('Avalanche') invade the senses. Melbourne The Ocean Party offshoot Ciggie Witch remind all how the malaise of young living can be so laconic and weirdly innocently fun on Rock and Roll Juice; New York-via-Aus degenerates Degreaser release another dirtbomb in the form of Rougher Squalor; and we release the fourth album from Sonic Masala in the guise of Cobwebbs' 2nd LP, WORLD WIDE WEBBS. But the albums that take my breath away this month is Sydney post-punks Mere Women's Your Town and Brisbane's underrated lyrical ruminators Curlew's Animal Urges.


August to October tend to be top-heavy with excellence, and 2014 was no exception. Lots of good tunes from the likes of Dan Svizney ('Close-Up USA'), Pere Ubu ('Golden Surf II'), Crystal Stilts ('Star Crawl'), Institute ('Salt') and Spray Paint ('Cussin'). A few killer EPs reared their ugly heads too - especially Danyl Jesu's Celebration, Giggly Boys's ., Halt Ever's Body Limits, Exek's self titled effort and Bi-Hour's An Accident. Big Mess brought the noise on You Are My Sunshine; Saul Jarvie brought the understated internal noise with Existential Eczema; Bearhug made the noise an embraceable commodity on So Gone; and Jonathan Boulet found the noise on Gubba. But noise was truly brought by Michael Gira et al, as Swans' To Be Kind swept all before it. Other excellent releases included Setec's Brittle As Bone (which we almost put out on vinyl but unfortunately that fell through); the loose abandon of Wireheads' The Late Great Wireheads (which actually came out in May), and Falco (Mclusky/FOTL)'s solo effort as Christian Fitness, I Am Scared Of Everything That Isn't Me.


Lots of under-the-radar joy in September from the likes of Young Jesus, William Alexander, Gum Takes Tooth, Age Coin, Anne Guthrie, Sisilisko, Symbol, Legendary Hearts, Daughters Of The Sun and Delicate Features (as the last three releases show, September was a bit of a Not Not Fun month for me). Tying in with their name, September Girls release new song 'Veneer' and it blows away everything they have done previously; Woodsman take some offcuts from their self-titled album back in January and create the brilliantly oscillating Teleseparation EP; Twerps ratchet up the anticipation for their next album tenfold with their Underlay EP; and a 7" split from Chook Race and Unity Floors is a pleasing surprise. I wrote my first Quietus review on the long-gestating debut album from Martyr Privates. Albums of the month - Old Mate's It Is What It Is, Ausmuteants' Order of Operation, and Shovels' self-titled album.


More short-form brilliance in October with Wilful Boys' 7", Running's Frizzled 7", Ex Breathers' exbx EP, Unpeople's demo, Orlando Furious' High & Mighty EP, The Living Eyes - Guilty Pleasure 7" and Gold Class - Michael/Gone 7". Surprise packets, most from Melbourne - Pronto came blustering out of nowhere with debut album When You're Gone; Shards remain almost impossible to hunt down over the interwebs, but their self-titled effort slays; The Peep Tempel revive the debate over their dubious title as Australia's most underrated band with Tales; New Zealand's Trust Punks delivered on the promise with Discipline (and one of the songs of the year with 'Gordian Knot'); and a cassette, Sad Horse's Purple On Purple Makes Purple, raised the ire of moi because it was so damned good it deserved a vinyl release. Such a rich month, but the cream of the crop proved to be the lute-and-free-drums masterclass that was Xylouris White's Goats; the watershed abandon of unheralded French gutter punks Subtle Turnhips' Redhair With Some; and the blasted genius of Exhaustion's Biker.


We released our final Sonic Masala Records album in November in the form of Ghost Notes' Moonlight State, a minor magisterial masterpiece. I fell hard for enigmatic subvert Dean Blunt's Black Metal, despite its perverse idiosyncrasies. Brisbane punk reprobates Eat Laser Scumbag! make a brief reprisal after the release of 10" Chakras Aligned (and a killer track in 'Fandango'), whilst Spanish youngsters Mourn ignite the future with 'Mourn' - their debut album comes out next month. Useless Eaters released one of the best garage punk albums of the year in Bleeding Moon, and out of obscurity comes one of the best albums Clinic never made in the form of Exocomet's self-titled debut. Good dudes The Ocean Party finally garnered the recognition they deserved with fourth album Soft Focus (true story - I coined that album title, in the midst of watching them play Worms: Armageddon on the TV). But the album that tore every fibre of my being apart belongs to Richard Dawson's sublime Nothing Important.


And finally the death rattle of the year rolled around, and with it some gems. December offered up an amazing demo from Brisbane three-piece 100%, and great 7"s from Halt Ever and PLY/RS. I fell back in love with Love of Diagrams after listening to 'Double Negative' a thousand times over, Kids of Zoo prove to be anything but friendly family fare on new record Welcome To Parrot Eyes, Mogwai bewitched once more with new EP Music Industry 3, Fitness Industry 1, and the best band that no one bothers to acknowledge Dead finally got their Captains of Industry album out on vinyl.


It's been an eventful year, and as always the New Year is just as exciting. Enjoy the booze, the food and the overdose in gluttony, and we will see you on the beach.
Posted by Brendan T