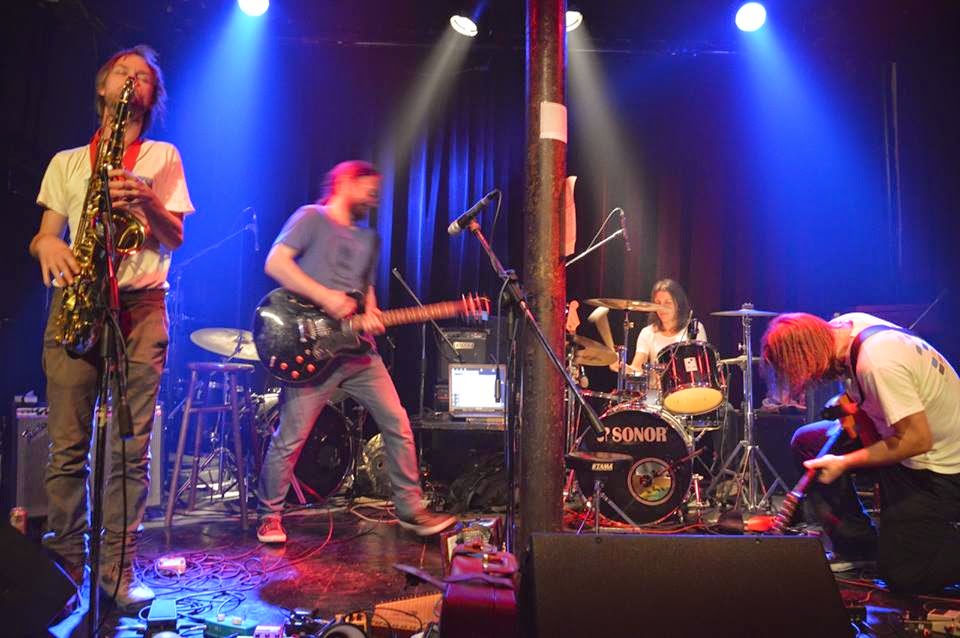 One of the more left-field highlights of 2014 for Sonic Masala was being interviewed for a music magazine in Slovenia, Hrup (read it here, but be warned - Google Translate is not kind to me...). The interview was a lot of fun, and actually allowed me to visualise some of the things I want for Sonic Masala in the New Year. For that I have Ziga Jenko to thank - and it all came from him sending me some improvisations from his band, oOo. Since then we have kept in contact, and I have been introduced to a interesting underground scene in Slovenia that I hope to discover for myself in 2015.

I asked Ziga to hit me with the best experience/s of the year, and this is the result. Everything culminated in a six hour concert in November that they called povezoOovanja (CoOonectings), with fourteen guests coming up every half hour to interject their psych jams. It was held at Menza pri koritu, which is a half legalised ex-military squat in the middle of Ljubljana, the capital of Slovenia. The idea came to Ziga when reading Improvisation - its nature and practice in music by Derek Bailey. It was so successful that other editions have been planned. Here is a video of the event:


oOo see this time as one where interests of big capital is trying to divide common people even more. It is time to drop all borders in our heads so we can connect without fear in honest and truthful ways. I for one am on board with such ideals.
Posted by Brendan T

Email ThisBlogThis!Share to TwitterShare to FacebookShare to Pinterest
Labels: 2014, oOo