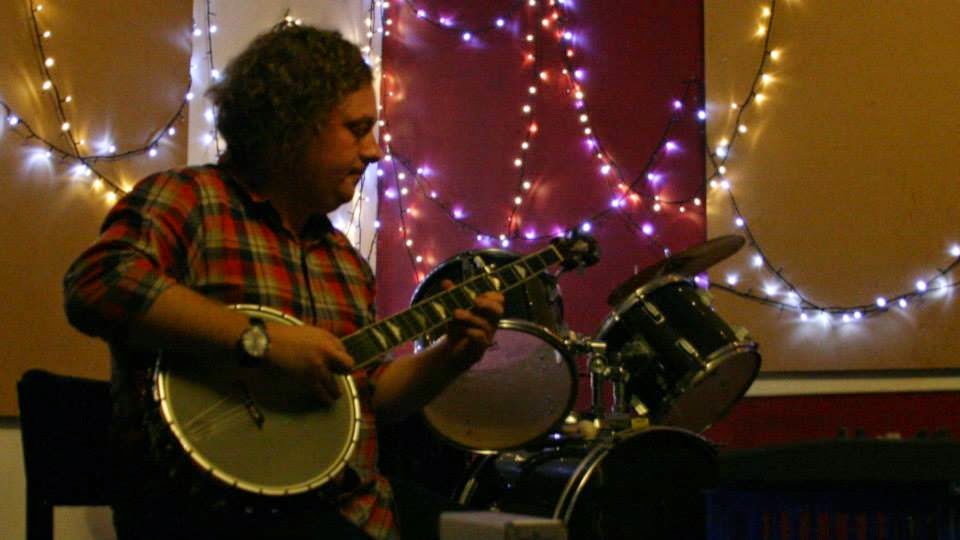 I haven't done this for a while. I have asked a bunch of people that have made a real difference in my opinion this year, whether it be me personally or in the year of music, to give me something that captured their year. Today I'm kicking off with Andrew Tuttle.

Andrew Tuttle is a regular man-about-town in Brisbane, is one of the best guys that has walked this earth, and I'm lucky to call him a dear friend. But that isn't why I asked him to write for us. He has been promoting music for years, working with Micronations and Room40, and playing most notably as instrumental project Anonymeye, taking acoustic and synthetic machinations to create fibrous tapestries of amorphous sounds through guitar, banjo, synthesisers and effects. The line between improvisation and composition is an organic sine wave, continually played with and built on. Tuttle retired the name after a decade of experimentation, but continues to play with form under his own name. After releasing an EP loosely based on Brisbane and the suburb in which he resides named after the postcode 4064, Tuttle released the excellent sound collage BickLack back in June, a twenty-eight minute sound collage that sews together a bunch of audio samples, improv runs and unreleased edits recorded last year in a mesmeric yet ebullient whole.

And to see out the year, he has given us ...from soapbox to Senate, a result of a work created
for OtherFilm's Institutional Capture festival last month.  The piece  is inspired by Gordon Brown, a gentleman of the Commonwealth (Australia via Canada and United Kingdom) who variously as a radical agitator, subversive, unionist and respected ALP politician served stints both as the President of the Senate in Canberra and at Her Majesty’s Pleasure in Boggo Road Gaol (where the performance was made) in the first half of the twentieth century. Through the use of digital synthesis, on-site field recordings and sparse acoustic guitar, …from soapbox to Senate conveys the oppressiveness of institutions (the prison system, the old Empire) and also the ability of people and buildings to transcend and rehabilitate the consequences of prior associations.

He has had a massive year, touring the US meeting with the likes of Dan Deacon and Matmos, but let's hear it from the man's mouth...

Musically this year I have laid a bit low. A few one off performances but no extensive touring, a couple of mixtapes/commissions (including my first film score) but nothing new to sell at shows and a few exciting collaborations that are still in progress. I’ve been working on new music to release and tour in 2015, much of it coming from ideas I picked up through a creative development trip to the USA in September. As well as being a musician, my full-time and freelance work centres around music so I haven’t been short of great listening options this year.

List time: I’ve made a top ten albums, things that are not albums, and live sets list below. I could have easily made top twenty lists and/or cheated by sneaking album preview singles of albums that just missed out onto the ‘other’ list. My token non music list is my top five live sport games I’ve been to this year. Conspicuously absent in that list is my AFL team, as I was a bad luck charm to them the two games I attended in person.