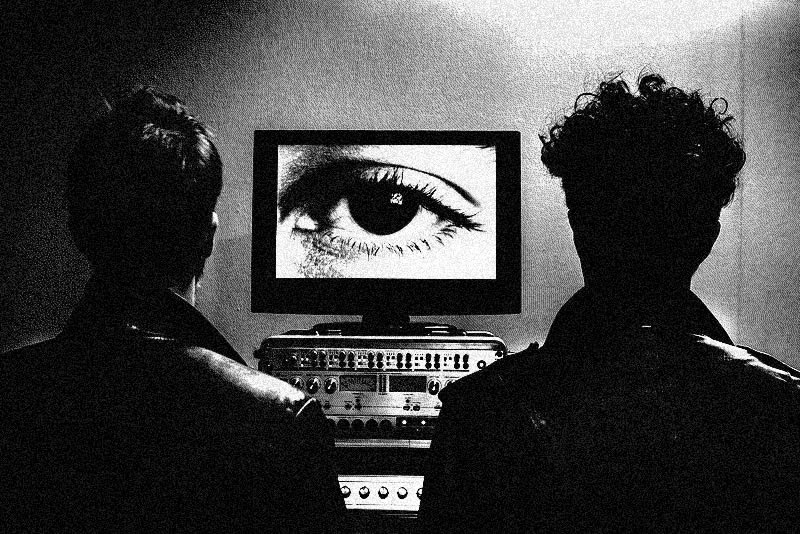 One of my favourite drummers in Australia is Per Bystrom. I guess it isn't a fluke then that two of my favourite bands - Exhaustion and Ooga Boogas - feature Bystrom in the mix, plus there's his involvement in guttersquallers Leather Towel. And in Biker, Exhaustion's second LP, we have one of the albums of the year. He is also a massive fan of Roku Music's Collider record, so the love-in is complete. Here is Per's favourite records of the year - a better list, better written, than anything that I will come up with. 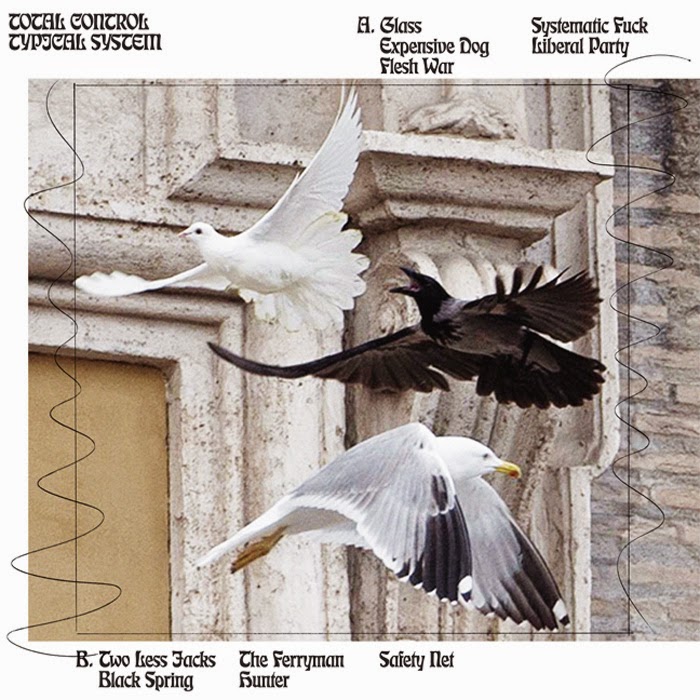 Gaah gaah gaah – I’m joining in with the universal choir of seagulls swallowing this band’s soggy chip…hooks, lines and stinkers. A better record than ‘Henge Beat’. That's a massive achievement in itself. The record is more Total Control than I thought was possible. The sound of a band eating its own tail and regurgitating a new born. In all its complexity there's an underlying baffling effortlessness. I can't understand how this record came to be. The evidence pointing to this is missing. Nothing hinted at this elevated echelon. Typical system.


‘Evoke The Sleep’ is the song of 2014. Only one other LP barely managed to keep this album from being the ultimate jam of this year. Live - no one touched this gang of Aspbergers in Australia. They emerged from their live synthesized murk and heavily treated vocals, with foghorn bass player Tom Hardisty producing something dangerously close to being called synth-pop. Epic closer ‘In Blood’ is the only song this year that makes me feel oddly emotional. “I’ve just got something in my eye, fuck off!” 2014: The Year Goth Broke.

Eastlink - Mullum Mullum (In The Red)


"They busted up your brain for an idea. I’m supposed to do the duck walk. You're supposed to have a little bit of fun. You paid for the gun, I paid for the baton” drones Al Montford on ‘What a Silly Day (Australia Day)’. A Stooges riff spoofing all over Abbot policies. A wild dog deaf to the whistle of its supposed master, wasting no piss putting out raging fires in gated communities. The Mullum Mullum tunnel depicted on the cover of the LP was constructed not to upset the local habitat. I don’t know if this was deemed a success by the Wurundjeri people, but there is something appealing about the juxtaposition of Autobahn aesthetics, and the native flora phallus decorating the entrance to the tunnel designed by WA artist Angus James. This record talks about issues not found in your navel. The last song of the album is called ‘Thatcher’s Dead’. Is there a local wishlist? 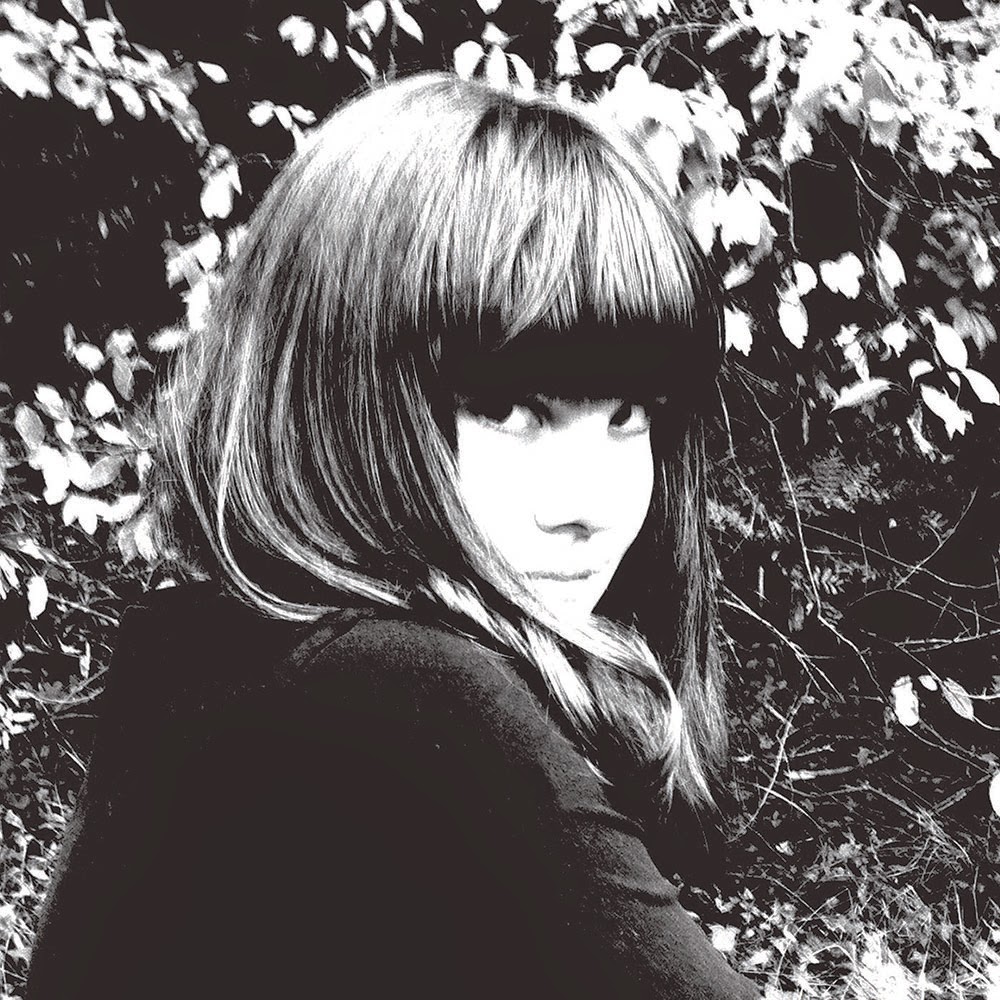 Galactic Empire folk, Darth Vader hat hair – laments of evil empires crumbling bouncing off hard marble halls once holding splendour and Collingwood black and white tones. Linda Perhac and Anne Briggs inspired folk tragedy minimalism. ‘Kumbh Mela’ is one of the most devastatingly beautiful songs I’ve ever heard, and this album has remained a firm favourite throughout the year. I’ve got no idea what Kumbh Mela means, but it sure is no Jar Jar Binks.


I've bumped into the very affable Christian O'Sullivan (bass/Germs t-shirt) many times throughout the years, but only met Mitch Tolman (gtr/vox/Nike) when I filled in on drums at a couple of Melbourne shows earlier this year. "I don't drink" said the man just before frenetically trying to find a lost necklace after a show. Add council flat lad-fashion, and a fixation on Rihanna to their foggy post hardcore chorus pedal driven mix, and this record bewilders. The song "Friends" is the worst out of the lot. A muddy goth/grunge base with echo drenched vitriolic vocals "and all my friends, they're proper scum. Jaded and bitter and faded and twisted" dragged along at toddler pace. Why is it then that this is one of my most played songs of 2014? Fucked if I know. There is nothing positive to say about this record except that it rules. HARD.

Flat Fix - An Unkempt House (Not Not Fun) 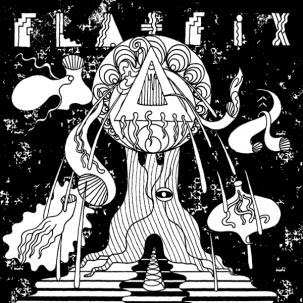 Nick Senger (Castings) and Cooper Bowman (Altered States Tapes) make Australian techno. I've heard something region specific in the likes of fellow Antipodean electronic outfits Gardland, Rites Wild, and Angel Eyes. Heavily saturated drifting synth lines, Roland 303/808 hardware driven pulses, and occasional Terry Riley-like arpeggios. Intentional or not, there's something about this that feels Australian. Not so much reflecting its inhabitants, but more on a topographical level. It's a tape. It's an EP. Whatever. It's enough of an album as far as I'm concerned. Oh, and the cover looks like a 1980's paleo-futuristic drawing of Yggdrasil. Which is nice.


Hidden away Brötzmann and Sharrock live recording from '87, finally unearthed and released in 2014 (on my birthday, THX). The cover of the album features what looks like a slab of granite covered with doctor's writing, and sums it up nicely...70+ minutes of heavy, dense chaos. I've checked, because it's important to know the length of your punishment. That's what I want. What the fuck do you want?


I toured Finland in 1994. We travelled there by ship, and soon after embarking the journey turned into a nautical leg of the Stereosonic Festival. The galley was filled with gacked up teenagers mixing vomit with tears. A bunch of bikers at the back of a Helsinki venue yelled out in broken Swedish “Go home fatties!”. In some ways I felt like I was finished with the band after that trip. In 2009 Pan Sonic performed their final gig in Kyiv, Ukraine. Oksastsus is the document of this performance. I wonder if they split up due to their harsh environment, or due to frying every circuit that they came in contact with. I imagine a bunch of Putin lackeys on r’n’r from the Donetsk Republic camps knocking back army hooch and yelling from the back of the Kyiv show in broken Finnish “Not heavy enough!”. The loss of military grade electronic status must have been one blow too heavy. A king hit.


You can grab Biker here.