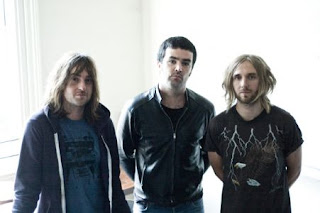 We have been championing fuzz-drenched wailing rockers Iowa for some time now, so it goes without saying that we would be championing their debut album, Never Saw It Coming. It's exactly what their previous 7"'s and singles 'Complete Control' and Panic Attack' promised - 12 tracks of unabashed 90s glory-hugging, some awe-inspiring guitar solos, and lotsa tension-filled hooks. There are a few missteps - for once it's an instrumental, 'Seretonin', that doesn't connect with me - but overall this record is killer - and loud. Very loud. There is even an opportunity on 'Lights Out' where the Melbourne trio seek out their inner grungemaster (could the title be a direct reference???), and buzzsaw with aplomb. 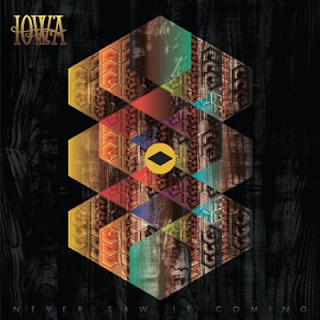 Never Saw It Coming continues Iowa's sexy attraction to multi-coloured vinyl releases, with the yellow wax making fizzy pants the country over. See it below - I wasn't kidding, was I? Grab it here. They also have a quality T-shirt which you can buy here (what am I, Iowa's merch buddy? Geez!) Apparently live these guys are killing it also. They had their debut launch the other weekend, supported by Brisbane's own Tape/Off who apparently held their own too. Tour dates for Brisbane will be forthcoming shortly. 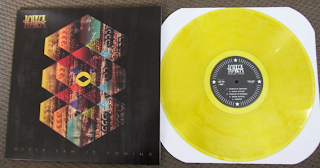