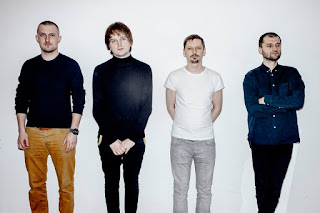 This one blindsided me. I had never heard of Polish band Trupa Trupa before, true; but more for the fact that it came from Blue Tapes, a label that is admittedly eclectic in sonic output but is generally more to the abstract noise/ambient outliers of the musical spectrum (Tashi Dorji, Henry Plotnick, Father Murphy). Headache, Trupa Trupa’s third album, is not like this – more akin to noisy indie rock meltdowns than overtly electronic  or jazz-inflected experimental fare. Their listed reference points include Swans, Sonic Youth and Slint. But then it isn’t as brazenly atonal as you may think based on these signifiers. 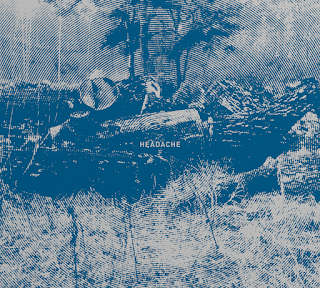 ‘Snow’ is a rambling unruly maudlin pop song with blown-out guitars, reminding me of 90s guitar bands like Australia’s Gaslight Radio. ‘The Sky Is Falling’ feels like a later-era Beatles track with a Soundtrack Of Our Lives vintage/homage aftertaste that explodes in the mouth with a cathartic rally of arms. ‘Wasteland’ has a chaotic musical middle third not far removed from the orgiastic, sumptuous noise tapestries that Blonde Redhead have become experts at weaving. In fact, Headache is simply a great record, regardless of the perceived influences – the minimal brooding and hushed vocals of ‘Halleyesonme’, the twisted shuffle leading into an inexorable organ-led miasmic meltdown on ‘Getting Older’; the liberating rise and fall of ‘Rise And Fall’; the motorik tension of the title track. Most of the songs dish out crescendos, but not in the cheap cop-out mould – every build up and release is poles apart, plumbing a different emotional depth and offering a respite, sonic acupuncture.


By the time we get to the post-punk sworl of closer ‘Picture Yourself’, you will be begging to get to Gdansk and see these guys in person, rope them into being your theme music band, and have them follow you around every day in real time, scoring your failures, triumphs and ennui. Do yourself a favour and pick up a copy of Headache here.
Posted by Brendan T