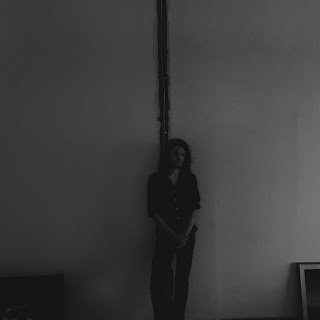 Like Drapes Either Side, Melbourne songwriter Soda Eaves' debut album, was one of my favourite records of 2013. It's the kind of experimental lo-fi  introspection that echoes well after its finished, plucking at the mind, an eloquent thinkpiece on 21st century urban existentialism, rooted in Australian Gothic ruminations. Soda Eaves (AKA Jake Core) is a restless rambler - when I first met him, he was travelling up and down the East Coast of Australia playing songs, working and playing shows where he needed cash. His lyrical complexities extend to poetry - he has a few books kicking around the place, all of which take skewed looks at the mundane and the sublime happenstances of life. 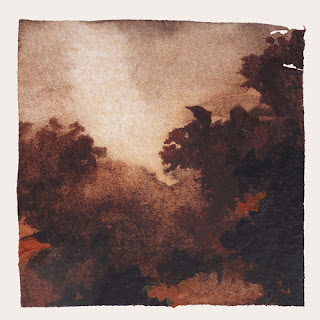 Murray, Darling is the follow up LP. It was recorded in the beautifully stark environment of the Atherton Tablelands; again feeding into the melancholy state that SE finds so evocative. His hushed vocals on tracks like 'Benny & the Jets', the stuttering, muffled percussion, the crackling-AM-radio guitar, all combine to create a flickering pastiche of pockets of life - writing songs about writing songs, about the sunset's hue as it hovers above the searing bitumen, about how a song hits the ear and transports to another place, someplace clearer, greener, before dropping you back into the banality of it all. There is a hushed fragility throughout Murray, Darling that is nonetheless imbued with a steely resolve, an intelligence that locks onto these nuggets of ingenuity and beauty amid the daily malaise and minutiae of life and makes it his own. Everyone needs to wade into these waters and be made clean.

You can pick up Murray, Darling on limited edition vinyl through Brierfield Flood Press in Australia, and Fluff here in the UK. Soda Eaves embarks on a national tour of the album later this month - the dates are below.