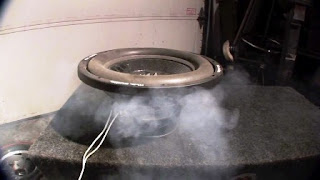 I spent all day sitting around the house yesterday, waiting for my new speakers to arrive for my record player, just to be told at 4pm that the delivery date was wrong. So pissed. So to vent in a productive way, I wrote another Hits From The Box to stop myself from throwing things I would later regret breaking... 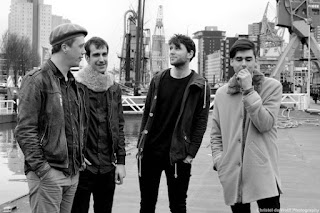 I thought I would start with a band that I will be seeing on Thursday night. Supporting the brilliant Brisbane band Blank Realm at Shacklewell Arms will be Rats On Rafts, who have just released and are launching their own record Tape Hiss through Fire Records in a couple weeks. The Rotterdam rapscallions have crafted a gnarled fever dream of an album, opening with the languid crawl and sepulchral roar of 'Sleep Little Child', a surreptitious 8 minute opener that shows brio and brawn - a muscular psych trip in the frigid climes of your hallucinogenic mind. It continues on, a clouded, fuzz-blown affair that reeks of Husker Du imbibings - which is brilliant. They will return to the UK in November to play with Mourn at The Lexington, by which time you will be as firm a fan of the four-piece as I am, I'm sure. 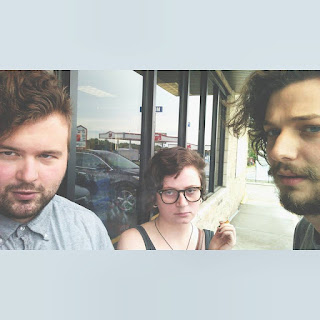 I dug their split with Dogtooth a while back, and now New Orleans trio Woozy are championed by Exploding In Sound, a veritably unsinkable seal of approval here on Planet Masala. The band are releasing LP Blistered, and 'Gilding The Lily' is equal parts off-kilter indie jangle, emotional wrangle, and explosive catharsis. Almost if The Album Leaf was more interested in Slint and early Built To Spill. Goddamn, I'm sold. 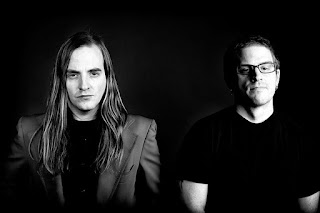 When you name a song 'Brown Rainbow', you are either a puerile punk band or have a fiendish sense of humour. Texans Pinkish Black aren't really either - their new album 'Bottom Of The Morning' is a warped duo intent on obliterating genre borders, thus levelling the playing field and creating an atmospheric borderlands all of their own. Lathering Krautrock, lurking menace, horror score synth and bleak soundscapes over their brittle gloom, it is somehow incredibly hypnotic and infectious. And the brown/yellow vinyl is something else. These guys are scary good (and on Relapse, another great label of quality) - grab the LP here. 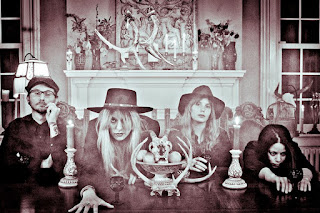 Stepping back and forward in time, taking a pagan atmospheric folk take on stadium melancholy, is 'Gunsmoke', a great track from Kentucky's Ancient Warfare. The Gothic lamentation is haunting yet somehow euphoric, unashamedly backward looking, searching the backwaters and fog-strewn plains, taking Fleetwood Mac and Neil Young and burying them six feet deep in an ancient burial ground, summoning their spirits as harbingers of regret. I really like this one. 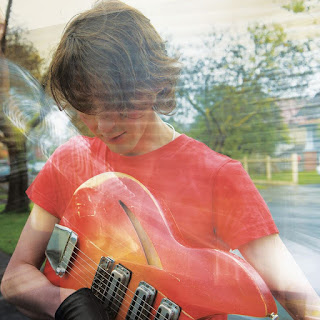 Tam Vantage is probably better known as a member of The Stevens or frontman of Pop Singles. But he does his own solo stuff too - and has an album, Life In High Definition, out this month through Lost and Lonesome Records. The through lines to Australian moody pop mainstays The Go-Betweens and The Church are warranted, and the silky instrumentation is evident here, but Vantage is more interested in exposing the fallacies and hypocrisies that are evident in the digital age. Reminds me a little of a more maudlin, grungy Dave Graney, especially with his delivery and the present hum of synths here. Worth checking out. 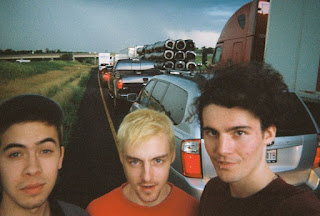 Let's finish off with another Exploding In Sound endorse product, shall we? Sugarwater is the new record from Washington trio Swings, out next month, and 'Tiles' is a 90s echo, inhabiting the space of sadness, wistfulness and whimsy that many great maudlin guitar rock bands mined. Think Pedro The Lion, The Appleseed Cast or Braid - yep, Swings promise to hover at the heels of these giants. To believe these guys are still in college is phenomenal. Really looking forward to hearing the rest of this bad boy in November.