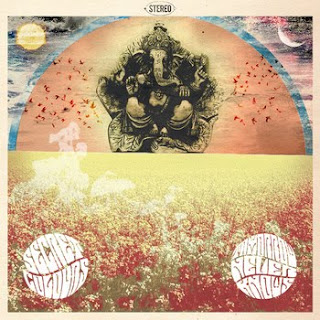 Secret Colours is a band that has flitted across my radar once or twice based on Clay's random compilations he sends over. Their have self-released a self-titled album, which can be bought on Bandcamp for $US10. Its no bad - no bad at all... Now they have popped out another golden baby, and its an auspicious triumph at that (Thanks for the heads up from Crash Avenue PR on this one). Covering the Beatles always holds an element of trepidation, due to almost every song in the canon's 'if it ain't broke' brilliance. Secret Colours take on 'Tomorrow Never Knows' - and it almost feels like the original was a paint-by-numbers experiment, waiting for the right band to come along, read the instructions, then proceed to colour outside the lines - all in all, worthy.

And why not sample a track off the album, too?