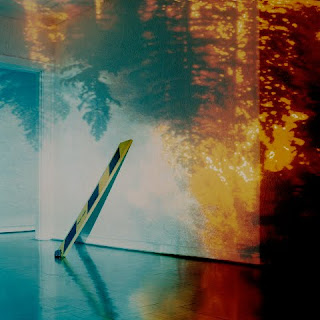 PVT's 3rd longplayer Church With No Magic has been stirring a lot of pots ever since the release of first single 'Window', and I cant remember the last time an album divided audiences and critics alike in such quantities. What I find most amusing about it all is that no one seems to know what they like, or dislike, about the album or indeed the band. They have really confused the populace - and whilst that isnt necessarily the point, I think that they have made a definitive album here that threatens to press for top 10 of 2010 lists, and in fact to come back on listeners like a bad burrito - but in a blissful way. There is a hidden dark nuance to the triptych that PVT have given birth too here that makes them difficult to pin down - no longer ambient post-rockers or electronic live mainstays, they have evolved into an as yet unimagined beast. It really goes without saying that you need to make up your own mind - and PVT are kindly streaming the album in its entirety on their website! So go and give it a good listen - a cursory perusal will yield you nothing - and tell us here at SM what you think!

PVT play an invite-only show on September 6 at the Old Blue Last as part of a Warp record release - see how to get invites here - but also have a sanctioned gig at Cargo at October 6.