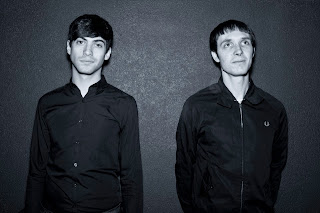 We here at Sonic Masala have always been massive fans of everything Ben Greenberg has put his hand to. Obviously we are Men acolytes (my cousin Greg and I are huge fans of this latter-stage Springsteen fixation too, although for fluctuating reasons – there’s a post in there somewhere, but that’s for another day). I also really like Greenberg’s solo stuff, a wild guitar exploration as Hubble. And of course there is the excellence of Pygmy Shrews… So when I heard he was in a new outfit called Uniform (no pun intended – geez, two in one day!) I was very excited. But not as excited as I became when I heard who the other dude was – Michael Berdan. The dude from Drunkdriver. An incredible band blighted by the heady fog of controversy, and I have had Berdan withdrawals ever since. Suffice to say I am glad that we have something new coming to the fore – and their album, Perfect World, is all I wanted and more. 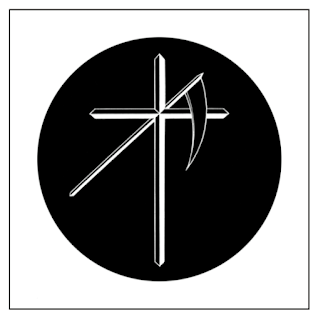 It’s decidedly no-frills, rough as guts, sneering, diseased proto/primitive/industrial punk spitting forth from the maw of Time's beginning, somehow both dangerously regressive and deliriously futurist. Berdan’s vitriolic snarl echoes out from the ether, a discombobulated voice without a source, the Id of a nihilistic civilisation destined to thrive in the grave. All the anger, anguish and torment, both real and perceived, doesn’t bubble over rather than ejaculates that pent-up emotion, an expulsion of base forces at once purifying and scarring. Greenberg’s guitar hasn’t been this scabrous since early Men, and the bass synth and drum machine adheres to a militaristic deathmarch that refuses to halt, a constant funereal dirge into a dystopian Nirvana. The basic streamlined gear used vibrates from the strain, but therein lies the allegory – the primal emotions can threaten to tear us apart, but channelled just so and you are acidly cleansed. Long live the Perfect World.

Perfect World is out soon through Alter/12XU – grab this great record here.