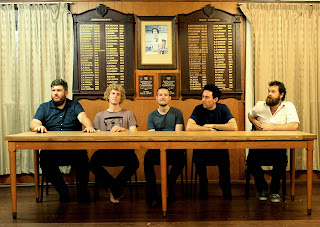 Today is a special day, as we unearth Moonlight State, the sublime new album from Brisbane instrumental ensemble Ghost Notes. 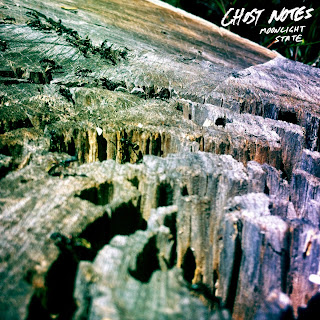 Oppression takes many forms. Drudgery and alienation seem an ever-present. Sometimes overt, but mostly subtle; we bury ourselves under our daily practices.


Moonlight State is Brisbane instrumentalists Ghost Notes’ third album. Largely written and recorded during the same period as the band’s previous release, Hidden Horizons, the new album occupies an altogether different space to its twin. Where that record wandered through bright and distant open lands, Moonlight State is firmly set amidst the dim claustrophobia of our own backyard, while still reaching for an inherent beauty.

Littered with references to the humid, hazy shadows of their hometown’s recent past - none more deliberate than the title track - Moonlight State is an album for present history; for the return of ‘Pig City’, the soundtrack to the G20 and VLAD and unchecked political power. The single ‘Freedom Scouts’ furthers the theme, taking its name from a local survivalist militia, while ‘Split Solitary’ harkens back to the darkness behind youth spent in idyllic rural areas. Here are the murmurs from sun-beaten sheds looking out through rust spots in corrugated iron.

Moonlight State represents a musical end point for Ghost Notes. Designed from inception to be a long-term project, the band have reached their most dynamic and bombastic with this album. The music demands to explode and destroy, and yet even at its most unhinged Ghost Notes repeatedly turn inward. The band’s signature musical spaciousness remains, but their Morricone-meets-Bitches Brew instrumental rock moves in darker territories on this album, from melancholy folk eulogies to noise-rock freak-outs. Nowhere is this breadth of sound more evident than on the album opening ‘Vanishing Point’, a 13-minute epic that travels through starkness, Steve Reich-esque polyrhythms, Kraut-rock freakouts and Sabbath grooves before finding itself back where it began only with a newfound sense of triumph.


You can buy it now!!! Ghost Notes will launch the album in Brisbane on Friday December 5 at The Bearded Lady, with support from other excellent acts Danyl Jesu and Pleasure Symbols.
Posted by Brendan T