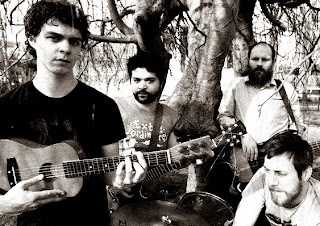 Charlottesville pop transgressives Invisible Hand released a cool little cassette a little while back called Squirrel Jail on Funny/Not Funny Records, and I've heard naught about it. A crying shame, because it is 19 songs - that's right, 19 songs - of awesome sonic flavours. What's more, it isn't an album but a large collection of demos and outtakes, on a cassette, so there is no reason why this should be as great as it is. Instead of lo-fi farts leaking out from the bottom of the funeral pyre of a thousand sacrificed vanity projects, we have infectious hooks ('Eating Out'), raucous energy that echoes of the better side of British paisley rock from the 60s on steroids ('Lowbaude'), warped Beatles-baiting psych melts ('Squatters Rights'), broken GBV spits ('Wounded Eels') and languid space-outs performed in aeronautical hangars ('Everything's Fair Game'). Brandon Flowers wishes he had written 'LIES LIES LIES'; Nathan Williams can't muster the warmth of 'Smile Forever' from a million smouldering alien bongs; and closer 'A Song Called Krautrock' has the gall to run almost eight minutes, play loosely with more 60s paraphernalia (this time pastoral psych pop) and be worth every second of the beautifully elongated outro. Stop it, Invisible Hand - it feels too good to be right - but how can this be wrong? 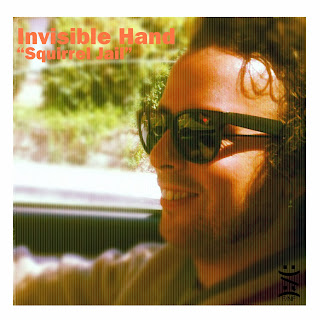 You can still buy physical copies of Squirrel Jail for $4USD here - far too generous of you!