Friday Cover Up - Bela Lugosi's Bite Is Bigger Than Your Dog 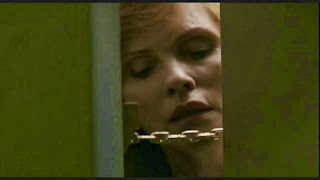 I wanted to finish off the week with a Blondie cover. I have seen two movies this week that included Debbie Harry - the John Carpenter/Tobe Hooper Creepshow wannabe Body Parts (where she plays this camp sexual alien nurse - very Rocky Horror really...) and in a disappointing art-themed serial killer movie with Willem Dafoe, Anamorph, where she plays a disgruntled neighbour of Defoe's and says two lines in one throwaway scene. It's that kind of peripheral "Six Degrees" nonsense that I always get a kick out of... 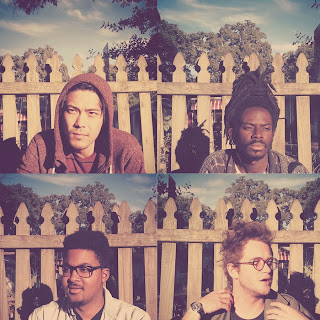 But then I heard this. Atlanta's Dog Bite released LA, a four-track EP blaze through Carpark Records a month or so ago, and I was planning on writing about it - but then I heard 'Bela Lugosi's Dead', their cover of the Bauhaus classic, and it stopped me in my tracks. Not because it is particularly innovative or changes the form of the song itself - no, their 'Bela Lugosi's Dead' changes the form of Dog Bite. Rather than mold the song into their aesthetic, the four-piece have allowed themselves to be corrupted, to be fused with the Goth kings' DNA, and the result is a raw, broiling slowburn that is arresting in its darkness. Just so you understand what I mean, here is LA...


And here is the cover track...


I really like what has happened here, and I sincerely hope this bleeds into the band's future releases too. We won't have long to find out either - their sophomore LP Tranquilizers is due out in January 2014.

Have a good weekend people!
Posted by Brendan T