Everybody's Droning On The Weekend #2 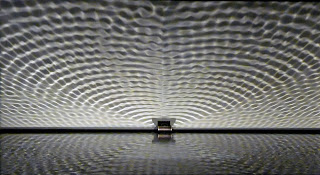 This weekend, pull the curtains over the windows, shut everything intrusive about the world out, and come on a journey as Sonic Masala and eight global artists take you into the wonderful world of experiental noise, clatter and drone... If like me you've burnt the candle at both ends this week/weekend, you may need it. 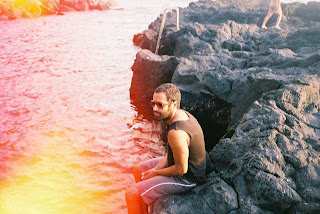 I'm going to tee off with what could argued to be the most rock-oriented group on this list. Locust Of The Dead Earth is Marcio da Cunha, a Portuguese artist more known for folk/blues transgressions than dronework. Mithridate is nine exquisite songs of dense noise, sun-scorched Morricone-on-acid squalls, languid psyched-out jams and electronic space-highway meanderings with the occasional vocal whispering over the top. It's a fantastic release, and you can get it through Nostril Records now. The perfect high point of terra firma before we let go and spiral into the abyss of the unknown. 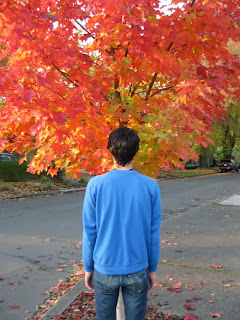 I was a fan of Portland artist Charlie Salas-Humara AKA Grapefruit's self titled release on Field Hymns Records last year, and it seems they have continued to ramp up the seductive synth/guitar madness on new release Stolen Highway (out on cassette through Constellation Tatsu - you can grab it here). There is a motorik pulse beating at the core of these songs (especially on the coalescing title track and 'King Felix II') that reads like a beating heart, albeit one encase in metal and electrodes. It's an intense listen that transports into a prism of refracted disco and classroom mainframes, crushing down from above until a sonic black hole leaves nothing left but heady ruminations and dilated pupils. 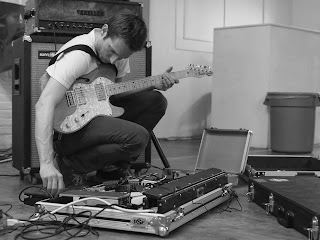 Greenhouse is Canadian artist Curran Faris. Tired Forever (out on Prairie Fire Tapes) is eighty minutes of guitar drone, feedback and manipulation stretched to the outer limits. It requires more patience than most artists of its kind - but therein lies the genius. On twenty-minute track 'Early Mornings & Late Nights' alone, Faris keeps things sparse and incredibly foreboding without any true catharsis - such a level of composure lures you in, then when the slightest shift in effect or tone comes about it's like striking gold. 'Glissed' harnesses looped feedback into a glorious orchestral orgasm in the synthetic light of an artificial sun; 'Accept This' takes a more guitar-obvious route, something akin to Black Eagle Child or Mark McGuire; then reaches back into the dronal hole for the apt 'Drop-Off'. Such a great release - get it here. You'll thank me later. 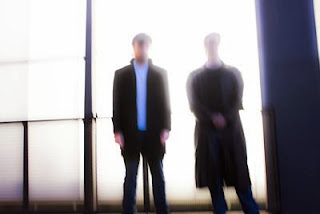 It feels unfair to have anything follow that up, but Perth's Cycle ~440 is just the band for the job. The duo's 17843+ release (out on the inimitable Wood & Wire) is semi-improvised crystalline sound sculptures of fragility and sepulchral grace, building gently on piano flutters and moments of stasis, a staccato pulse always emanating from somewhere in the ether... It all adds up to a haunting, expansive experience that is as frightening as it strikes awe into the soul. These guys won this year's WAM Song of the Year (Experimental) award, which is amazing news. Come to Brisbane soon, yeah? 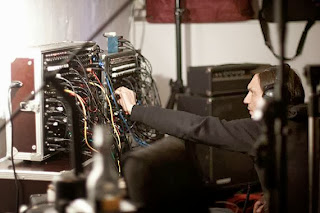 Another release to come out of the Constellation Tatsu stable, Panabrite's Cortex Meridian is a fun, frenetic synapse burner that somehow manages to get atmospheres, emotions and places out of synthesised manipulations that you would think would be nigh on impossible. The undulating pulses and kosmiche rhythms are made for headphones, moreso than any other release on this list - listen to 'Night Sweat' and you will know what I mean. Panabrite (AKA Seattle's Norm Chambers) has crafted a suite of sounds that are synonymous with nocturnal reflexes, atonal weightlessness and fried 8-bit hypnosis. In short, it's a enthralling piece worthy of your time. Grab it here. 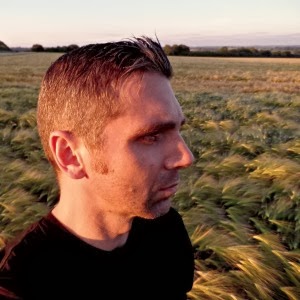 UK artist Sunset Graves describes his musical tangents as his life as a ghost. Listening to Variants, artist Andy Fosberry's debut isn't as drone-centric as most others on this list, incorporating trip-hop seduction ('Safe & Empty') and post rock nihilism ('Sixty Minutes Sixty Seconds') into his productions. He even endeavours to merge the two together on 'Cala Fia' - Variants is the right word for it. Much more likely to make you dance than anything else on this list - even if it's in a somewhat sunkissed, drugged state - but also to rock out to. 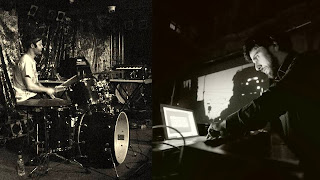 And you thought Sunset Graves took us off course? Francesco Giannico & Zac Nelson's intriguing collaboration Les Nomades Paysages is an exercise in marrying improv drumming with ambient soundscapes, which leaves the effect of being on a tumultuous expedition across unfettered environments, whipped by the elements at their most beautiful and dangerous. You can almost smell the rain and burnt ozone on the title track. The field recordings enmeshed in these meditative studies are perfect also. Buy it here. 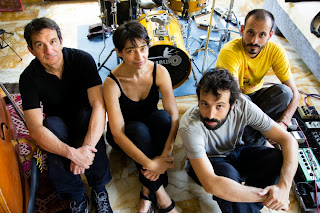 Finally we have Geometrie Variabili, an Italian free jazz improve band and their album The Breath. The quartet take a minute element and tinker with it, play with it, dissect and reassemble in various forms, in a fragmented staccato style that often takes my breath away. This type of music isn't always my thing, but The Breath really rewards, its technical intricacies not just marvels but hugely rewarding listens. You can buy it through Netlabel here.