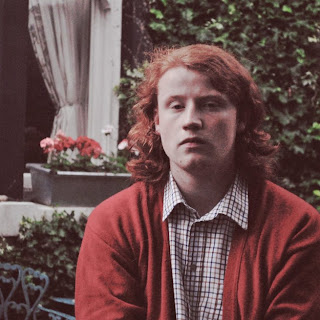 Spectrals (known as Louis Oliver Jones to his mum) has really tickled the fancy of the blogging world over the past couple years, and with good reason. His rise coincides with a plethora of bedroom dreamers (which number Wild Nothing, Beach Fossils, Cloud Nothings and Hanoi Janes in their midst) whose windswept, reverb-laden wistful pop reinvigorated the idea of what it takes to be a pop artist. The UK act has put out acclaimed releases on the likes of Moshi Moshi and Sex Is Disgusting, but we now have the LP Bad Penny (with Wichita Records fighting off Captured Tracks for the rights to put it out) to play with.

Now, before discussing the album, let me state my opinions here. Like most bedroom projects, the quality of output varies wildly, regardless of what the pop culture intelligentsia like to tell us. The above mentioned bands I enjoy (especially Cloud Nothings and Hanoi Janes), but as with most of the genre trends of the past few years, with the fires fanned by the "cool" generators (no names need to be mentioned), we get a glut of "next big things" that are either too green, unfairly pigeonholed or are just plain shit. It takes the gloss off the achievements of the people who are succeeding at their chosen craft (one case in point - Toro Y Moi and Washed Out's concerted efforts to step away from the tsunami of similar-sounding artists of a sound they invariably created). So, whilst I've liked some of Spectrals' retro 50s/60s pop meanderings, I approached his highly anticipated album with wariness.

Bad Penny is a great name for the album for two reasons. Firstly, it knowingly tips the hat at the style of music he utilises for inspiration - that which is almost half a century old, somewhat innocent and therefore almost rudimentary in its composition. The fact that Jones has that Yorkshire tint (his vocals are incredibly similar to Arctic monkey Alex Turner) also shadows the second reason Bad Penny fits - the idea of the contradiction. And there are many.

Firstly, like Turner, Spectrals specialises in creating addictive, upbeat music to background what are ultimately mawkish, sometimes bitter ruminations on young adulthood, love and life. But truth be told, whilst Spectrals as a live unit (and admittedly on most of the earlier releases) has been entrancing and personable, here the songs verge on the featherlight, almost begging to be liked and in the process becoming a wallflower in the genre as opposed to king of the prom. The English tones over the American sound notwithstanding, the juxtapositions are in the main disappointing. There are good tracks here - 'Big Baby' and 'Luck Is There To Be Pushed' in particular - but in the end Bad Penny, for me, was more of a misspent chance.

But hey, he's 21, and he already has some writing nous - he'll bounce back.

Bad Penny is out now - grab it here.