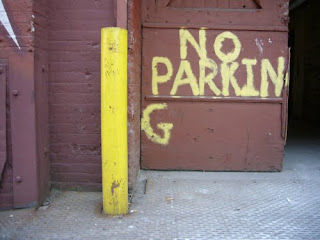 First off, apologies for the lack of a Friday cover last week. I was a long ways away beyond the warming embrace of the internet, so this week I'm going to give you two tracks to accompany your bank holiday hangover.

First up is the mighty, and sadly missed, Les Incompetents (pronounced 'Les' as in the name which always makes me think of a fat bloke who drives a white transit van) with their cover of Whiskey In the Jar. Now many, many other bands have covered this song. In fact it must be a staple of every pub band across the country. But Les Incompetents have really given it their own unique touch this time round, note the "bang bang... ...my face!" backing vocal to accompany the line "I produced both my pistols...", brilliant. I find it hilarious and cheers me up no end.

Les Incompetents - Whiskey In The Jar

Second track is a bit of a charmer and one to liven up any cold bank holiday. Police & Thieves by Get Back Guinozzi. Now this is a rather recent cover that was doing the rounds on many music blogs last year but I couldn't pass up this bubbly, wonky indie pop take on the Junior Murvin classic. Good times all round then! Enjoy.

Police & Thieves - Get Back Guinozzi
Posted by Paul M

Email ThisBlogThis!Share to TwitterShare to FacebookShare to Pinterest
Labels: Get Back Guinozzi, Les Incompetents