Wasting Nothing On Air Formation 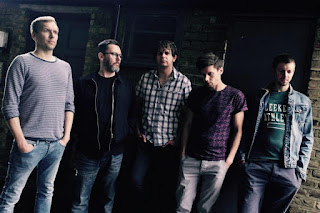 One of the first bands I wrote about when Sonic Masala started way back in 2010 was Brighton shoegazers Air Formation. Not long after they released Nothing To Wish For (Nothing To Lose) though the band called it a day...until last year, when they got back together for some shows. Not much of a hiatus, I think you'd agree. The band are now preparing to release a new EP, Were We Ever Here, and 'The Wasted Days' is the first taste from it. It is as visceral and grandiose as ever, if not a little more energetic, the wall of noise that envelops as much an embrace as it is an affront. Were We Ever Here can be pre-ordered here through Club AC30, while the band launch the EP (with help from Night Flowers and The Enters) at the Old Bath House in Hackney September 30 - buy your tickets for that now.