Thank God most of this post was already written before today - I have very little capacity to do anything other than lie around in stasis. I saw Part Chimp last night - and as always they were BRUTAL. Incredibly excellent - still one of my favourite bands - and that rumoured album that they spoke of back in December 2014 is still whispered to be on its way. We can only hope. In the meantime, I need an antidote for the noise blues, so this week I have chosen some acts that might be my aural upper. 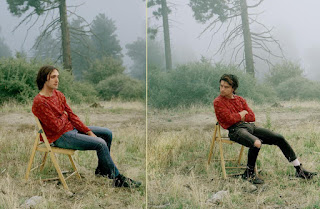 LA duo Golden Daze bring a dreamy, sun-spattered psychedelia to their pastoral nostalgia on their eponymous record, an album that is euphoric, entrenched in genre tropes and trappings, yet somehow avoiding the predictability that other bands fall into when embracing the past. LA has all the nostalgic trappings of the Laurel Canyon freak folk flag flyers, but from the BJM drawl of 'Low', the UMO sparkle and fade of 'Never Comin' Back' and the overarching liquidity on interludes like 'Attic' that Amen Dunes adopted for their excellent Love record, Golden Haze is a warm time-capsule without the esoteric, egotistical trappings. Drop in and enjoy. 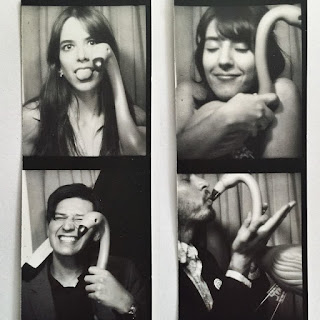 Summer Twins are also over on the West Coast, but eschew the glittering facade of LA for the inland empire of Riverside. Whether or not this decision and lifestyle echoes throughout their new LP Limbo, but they have crafted a garage pop oasis. Casting aside the garage rock aesthetic that drew them comparisons to Vivian Girls and had Burger Records a-knockin' a few years ago, the new album displays a concerted effort to embrace fidelity and production, expanding their compositions while remaining true to their love of the innate simplicity of guitar pop of the 50s and 60s. This is evident in the wailing fun of 'Demons' and 'Stop & Go'. But then it's tracks like opening noir gambit 'Blinds' and 'Helpless' that truly shine. 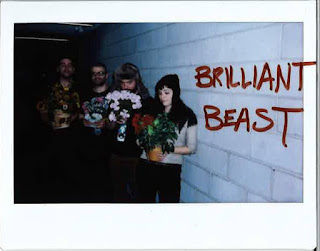 I have spoken about Minnesota quartet Brilliant Beast in the past, and they have just returned with new album Dissolve. They are still indebted to the shoegaze wash, but the warmth and melody of guitar pop bubbles effervescently underneath. That doesn't mean they have lost their edge - tracks like the slow-grind 'Adult Sun' to the caterwauling monotone of 'Stockholm 10' maintain the intensity. My favourite track though is closer 'Do You Think You Could Love Me Forever' - the kind of desolate countrified gothic noir that Brisbane band Keep On Dancins specialise in, with added wall of noise. Great stuff. 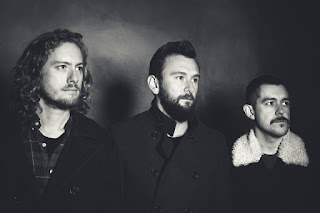 If you are into your rock getting all frenetic and progtastic, a la Mars Volta (with a bit of muscularity a la And So I Watched You From Afar), Brighton's Poly-Math's new record Melencolia is your drug of choice. Just listen to 'Erekot' - flirting heavily with prog-staples, kicking into some heavy rhythms in the middle, before finding the repetitive thread to ramp up in the home stretch. It's a harsh, meticulous, hypnotic cacophony. 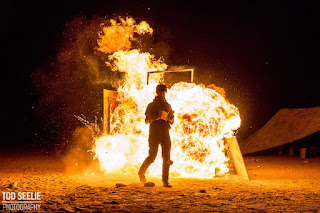 I don't have much on Mateo Katsu as an artist - but 'Don't Forget' has been stuck in my mind like a burr all week. We head back to LA, and Katsu is a familiar head around there, tipping his hand in a bunch of acts. This track is a play at a chugging rock number that he calls an "dumb little rock song with an actual Hammond organ". Don't forget to forget/If you remember everything, you'll just get upset." Straight up knowledge, right there. 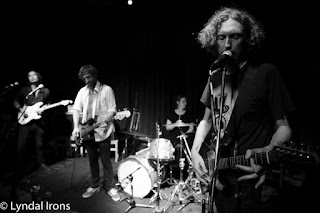 A rollicking mainstay on the Sydney rock scene, The Holy Soul is a great place to end off today. Their new album Fortean Times (produced by The Drones' Gareth Lilliard) swings from arms-slung-over-shoulders pub rock ('Systems & Machines') to party punk rock'n'roll of the Swami/Burger persuasion ('Alone Party') to Pere Ubu guitar wail mayhem ('There's A Hair On The Soap'). The warped Hawkwind psych permeating 'History Pt II' meanwhile is a lot of mind-melting fun.