Worshipping Plankton In A Magical Light 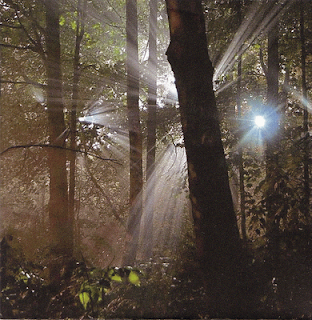 Plankton Wat are essentially a one man psych train. The Portland Oregon psych tripper otherwise known as Dewey Mahood (also playing in Eternal Tapestry and Edibles, and put out a great release with members of Barn Owl as Garden Sound - Black Summit is available through Digitalis) offers an instrumental miasma of guitar spatial explorations, having released a slew of small and obscure releases on many labels (such as Blackest Rainbow, the ace indie crew who put out the Gnod/A Middle Sex split LP that fucked us up earlier this month). However with In Magical Light (a CD-R out on Reverb Worship), Plankton Wat has hit on a sweet suite of latter day Earth-like scorched earth psych malaise - 'The Redwood Coast' and 'Clear Lake Highway' oozing into each other into a 20 minuted mantra - that switches tack on the B Side with more Eastern string flicking ('Shasta Trinity') and warped wooziness ('Klamath At Dusk') that still evokes a stark horizon yet with a flicker of promise and hope.

This is a sweet release, one that has (along with Wet Years' 'No Surf') infused itself into my very being this week. There arent many copies as far as I know, so hunt it down ASAP!
Plankton Wat - The Redwood Coast
Posted by Brendan T