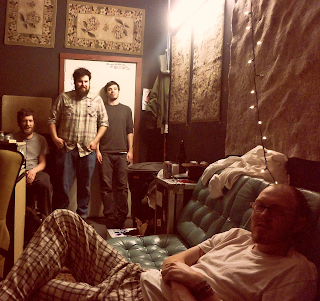 Wow. Talk about an Internet-baiting headline...

There are moments when you discover bands that are good from the first note, and after living wit the music for a few days, or even hours, it becomes ingrained in your sonic psyche for forever more. Then there are bands that are insidious, their pull imperceptible, worming its way into your central core until your dreamscapes and nightmares are scored by their apocryphal affectations.

But occasionally there comes a song or album that blows you away so unexpectedly that everything changes. We all have at least one of these transcendental moments in our lives, where a song, a voice, a riff, a roll, a drone, a scream, smashes its imprint on your soul, and you spend the rest of your life reliving that moment. It would certainly be rash to put a small band from Boston into my list, but Pile's 3rd record Dripping blindsided me so completely that I had gravel rash underneath my chin AND my tongue. It’s probably futile to describe this album, but I’ll briefly try.

From the raw energy of opener ‘Baby Boy’, this record never lets up, incorporating the indie rock of the 90s (when it truly was independent) with a crunchier, heavier edge and hair-on-your-chest yowls from frontman Rick Maguire that evokes a simpler, grungier Modest Mouse who are most definitely still on the self-flagellation and sauce downward spiral.

Dripping comes from recording the album in Philadelphia in the middle of summer, and the heat, sweat, anguish and ephemeral base emotions comes bleeding out of these tracks. Even when things slow down (‘Prom Song’, ‘Bubblegum’) there is a feverish itch that pervades, albeit one that has you grinning maniacally. And when they kick it into an addictive rhythmic gear as they do with ‘Bump A Grape’, ‘The Jones’ and the acidic ‘Grunt Like A Pig’, it takes all your might to stop from tearing your own face off with glee. This may sound all perfunctory and stupid, but that is the power of these songs over me. I struggle to comprehend the power that these guitar lines, insistent bass and rumbling drums have over me. And that wail…

When you wake from a dream where your band was playing these songs, and they killed – thus its your subconsciousness telling you that your band will never make songs as good as these in real life – then you know you have something pretty great on your hands.

There have been quite a few bands that have stirred me in this fashion this year – Spook Houses, Tiny Spiders, Dikes of Holland, Grass Cannons, Plateaus, Iowa, Looks Like Miaou, Invisible Things, PAWS, Scott & Charlene’s Wedding, Post Teens, Sleepies, and I'm leaving a few out – and it’s these moments, just as much as when a feverishly anticipated release like GY!BE, Ty Segall or Swans slays mightily, that keeps the faith burning bright.

A glowing review? Sure. Dripping isn’t perfect by any means – but that makes it even better, because the next album could be bullshit good, and that’s worth living for. 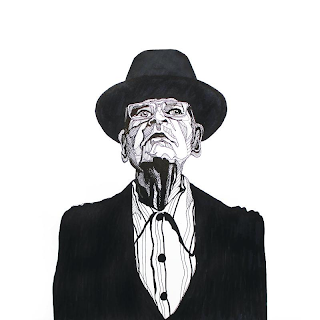 Pile’s Dripping can be gleaned via Exploding In Sound Records here.