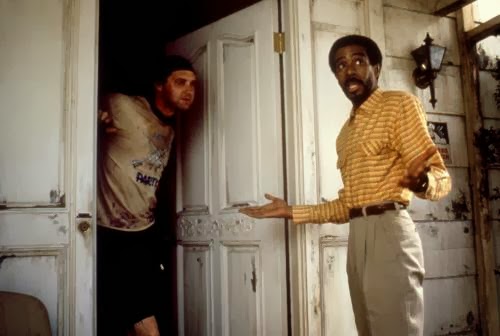 Hey guys. So I'm moving operations. You will see on the front page that if you want to send me your music (and I really hope you do!), you send it to the address there - 56 Cunningham St, Taringa, Brisbane, Queensland, Australia, 4068. Like the following droogs did...so here are some fresh (albeit short) reviews. 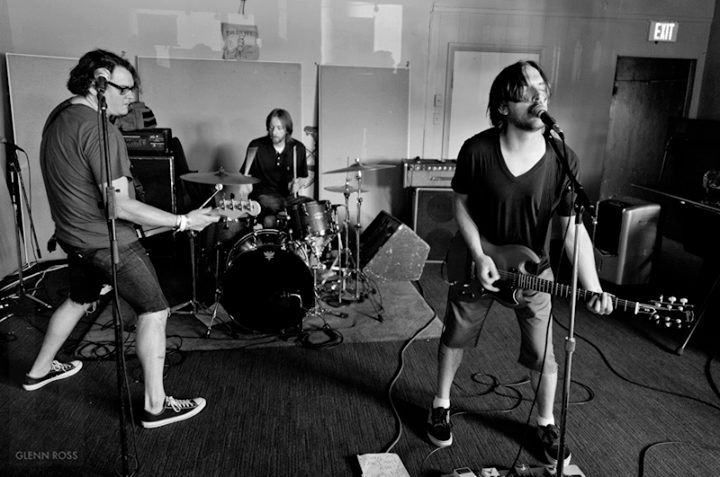 I'm going to work my way up to the bigguns here, so first up is this LP from Denver band Hooper. How To Become A Ghost isn't really an album that I choose to listen to that often - its that kind of post hardcore with the emotional vocals that holds some grit whilst also flirting with 90s Fat Wreck fluoro-punk. Well executed for sure. Check it out. 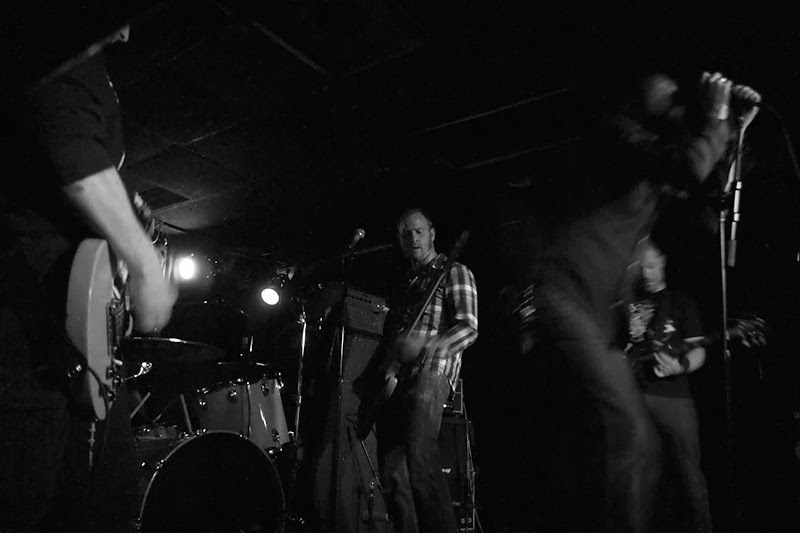 Also from Denver is flailing nihilists Glass Hits, and their new record Better Never Than Late is a breakneck brawler of squalling guitars and blood-flecked vocal chords. There's bubbles in the blood - I haven't heard anything really similar to Drive Like Jehu, but Glass Hits is getting goddamn close. Nathan and I were listening to this as we typed up pressers for the new label, and we both looked at each other with that wide-eyed, slack-jawed expression when you know you've stumbled across something electrifying...before dropping dead from the intensity. We didn't die though - we turned the record over. 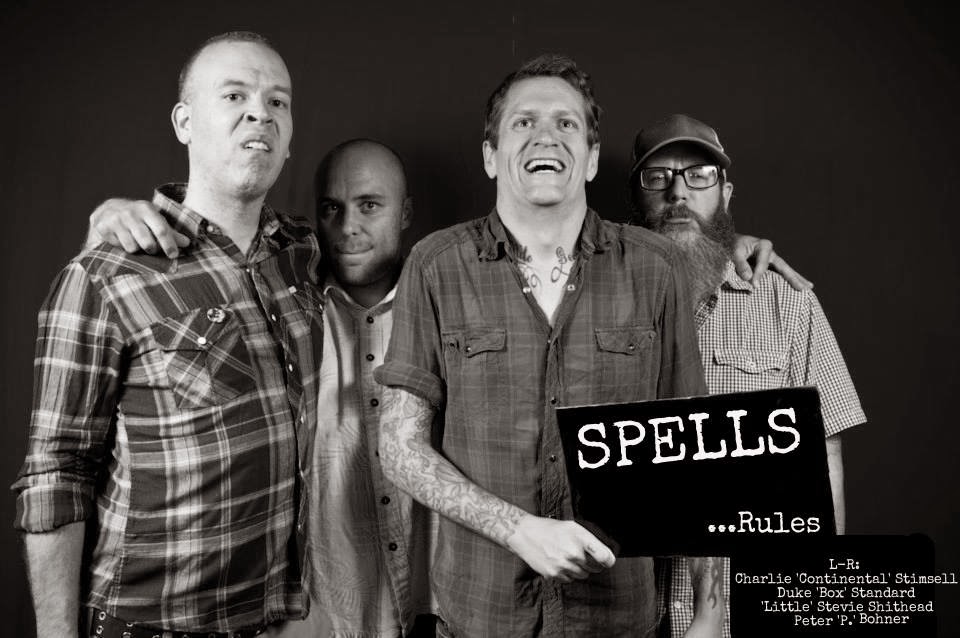 Spells rounds out the triptych from Denver (not surprising seeing as all three releases were sent by their label, Snappy Little Fingers). This Double Cassingle is as raucous as the 7" they brought out earlier last year, and it's such raucous, throw your beer on the burly dude in front of you fun that that burly dude wont even care - probably. It was my birthday this week, so hail to getting old indeed. 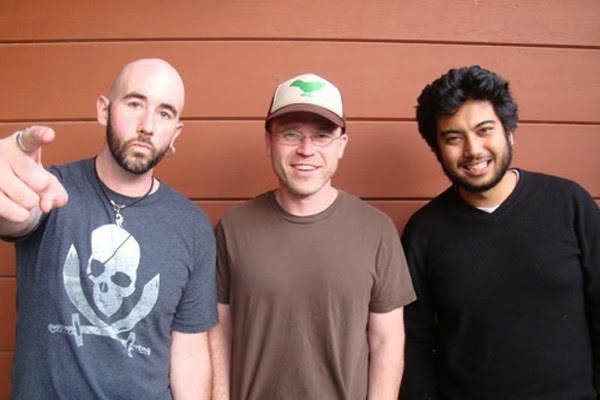 Bay Area's Glimpse Trio sent their 24 track self-titled album (actually their third LP) through and it was a pleasant gear down from these three Denver raconteurs. It's predictably all over the place - from the country twang of 'Far Away', the vintage garage rock thrown into Robert Pollard's woodchipper that is 'Holiday', the layered post-rock intricacies over 'I Got This Thing', the hushed, melodious trundle of 'Cogan' and 'Ride' - it's hard to grasp what this band actually is. Are they serious? Throwing conformity to the four winds? Both? It doesn't matter. Glimpse Trio is ever the expanding trip. 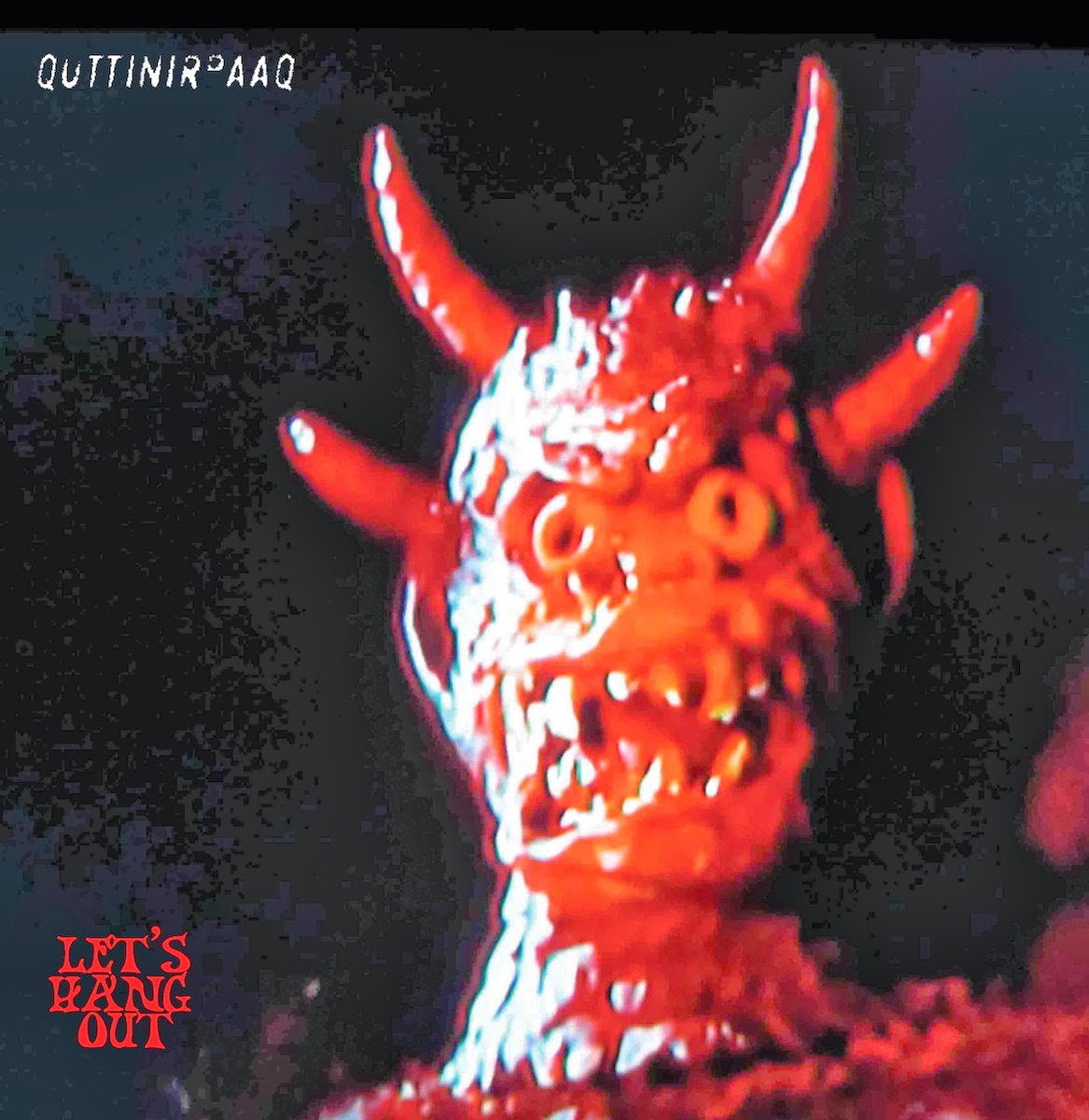 Again without any fanfare, Texan sludge-fucked weirdniks Quttinirpaaq have sent me through their second album Let's Hang Out (clear with red spatter vinyl too, very nice). Only a few months between this and the brutal No Visitors, and there is a nice disparity between the two. Sure there are still lots of blacker-than-white noise elements, but the industrial grind of 'Man Without A Body' that jerks like a Romero zombie coming at you in a blacked-out basement filled with strobe lights is a disconcerting delight. 'Chinese Hercules' is busy psych, a squalling mess that Lightning Bolt might smash together if stuck in a Krautrock nightmare; even the isolate coma of 'Golden Sheriff' doesn't stay Forest Swords for long, disappearing into a hallucinatory slipstream that belies its short running time. The longer the song (eg 'Let Merv Drive') the more delicious the results. Seriously demented - seriously good. 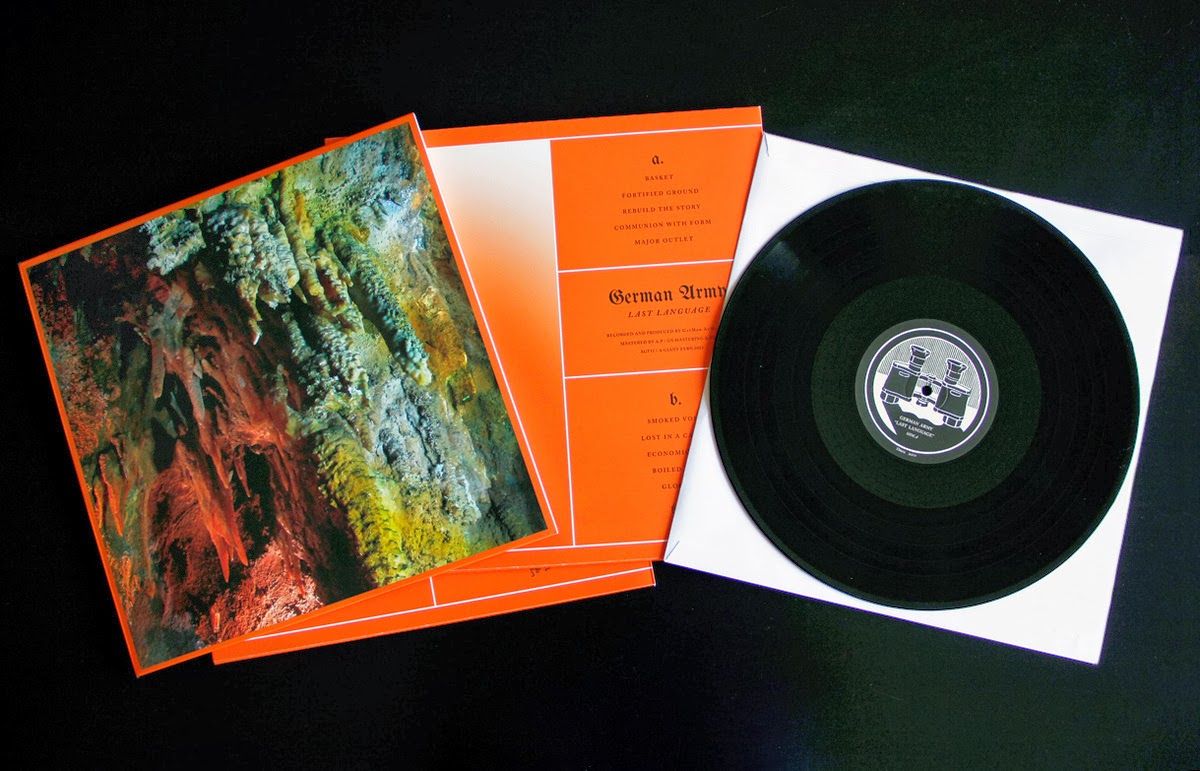 And finishing off (and on a par with Quttinirpaaq as far as excellence and anonymity goes) is Last Language
from LA dark mystical drone alchemists Germany Army. The band's third album of 2013 (yep, three albums, good, good). Portuguese label A Giant Fern out this out. The difference here is that most of the duo's previous recordings have been put together by the various labels themselves from a plethora of recordings - an aural jigsaw puzzle. Last Language comes readymade, and is all the better for it. A blurred, dissolving black tide of industrial reverb, static, Dynamike vocal athletics, inverted silk desert drives and hallucinogenic blowjobs from chimeras with wraparound sunglasses. It's a weird trip all right. One that is instantly alluring. This is a cybernetic crawler through a dystopian landscape of minimum absorption and maximum narcoticism. Enjoy the ride.